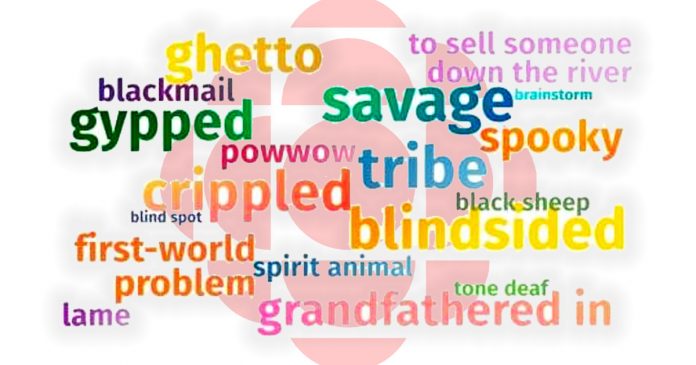 CBC News is calling on Canadians to censor their own speech for allegedly racist and discriminatory terms like “spirit animal” and “spooky.”

On Monday, the outlet published a piece titled “Words and phrases you may want to think twice about using.”

According to CBC News, the list of words was compiled by CBC employees and vetted by “anti-racist and language experts.”

Among the words cited by the outlet as being “racist, sexist or ableist” are “brainstorm,” “blindsided” and “tone deaf.”

“More important is the stigma that it will effectuate about … disorders [like] epilepsy for example,” anti-racist trainer Jas Karla told CBC News.

Other terms like “spirit animal” and “tribe” were considered to be anti-Indigenous and could be a painful insult, according to associate language studies professor Ai Taniguchi

With regard to the popular phrase “first-world problem,” CBC called it a “classist description that can dehumanize people in certain areas of the world.”

The article is part of CBC News’ “Being Black in Canada” initiative, which aims to put “anti-racism” stories front and centre.

While still an MP for the Green Party, Atwin wrote on Twitter that “harmful and oppressive” words should be erased from the English language. Of the word “tribal,” Atwin wrote:

“So sorry. We have allowed many harmful, oppressive words and phrases into our vernacular and they must be rooted out and discontinued. This is a prime example and while the intent to harm may not have been there, we must be accountable for what we put out into the world.”

Recently CBC also quietly edited an article by an Elections Canada worker who painted white Conservatives as racists. The article was altered after it had received public condemnation.

According to its annual financial statements, the CBC receives $1.2 billion in funding from taxpayers.