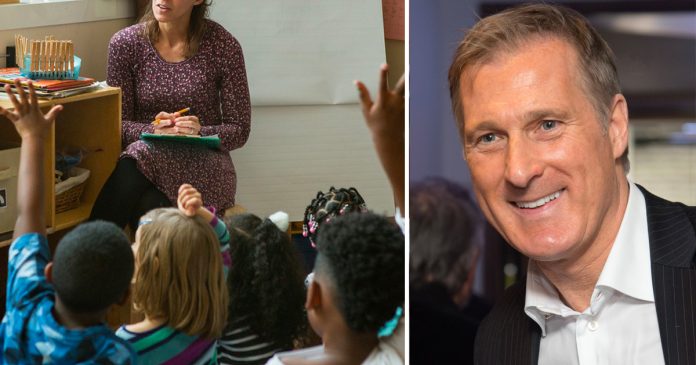 “If you think courts will save us from crazy politicians, think again. Moronic woke judges in Ontario rule that a basic math test for new teachers has to go because it discriminates against ‘racialized teacher candidates,’” Bernier tweeted on Friday.

In 2019, in order to improve the dismal scores of Ontario students, the Ford government instituted a mandatory Math Proficiency Test for new teaching graduates. Aspiring teachers were required to score at least 70% – the equivalent of a low B grade, or 3.00 in the Ontario system.

“Too many students in Ontario are not succeeding in mathematics – a foundational competency that is critical to their success in life and in the labour market,” Ontario Education Minister Stephen Lecce said at the time.

Other countries have instituted similar measures, including the United Kingdom and the United States.

However, in Dec. 2021, the Ontario Divisional Court ruled that the Math Proficiency Test “had an adverse impact on entry to the teaching profession for racialized teacher candidates.”

“Racialized teacher candidates have gone through an education system in which they have suffered discrimination and disadvantage,” the court said in its decision.

In November, True North contributor Sue-Ann Levy reported on how the Ontario College of Teachers called on its members to take “urgent action” on “anti-black racism” by reflecting on how their position, power and privilege are allegedly used to “maintain systems of oppression and colonialism.”

Levy also reported on how the Hamilton-Wentworth District school board promoted a series of lesson plans to advance their woke oppression by pushing an “anti-black racism” agenda for kids as young as kindergarten age.