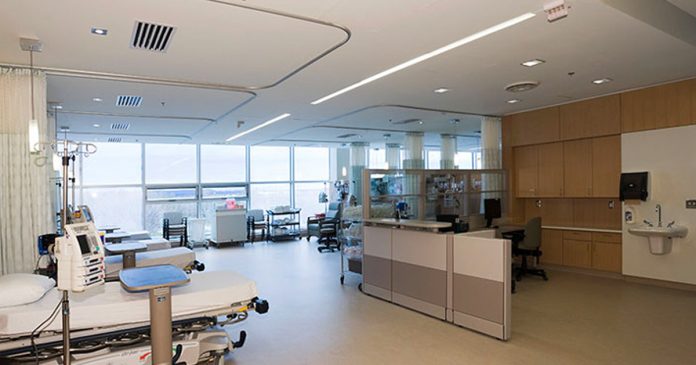 Ontario’s hospitals are facing severe staffing challenges as the Omicron variant spreads through the province, infecting both unvaccinated and vaccinated individuals.

While Ontario is reporting a record number of active cases of COVID-19, fewer people entering hospitals are critically ill from the virus. However, hospital networks are reporting that many staff members have tested positive for the virus, are symptomatic or are in isolation after an exposure.

Smith believes staff are able to manage the current volumes but worries the situation will change soon.

“I’m obviously worried that as we get people engaged in larger and larger amounts of social interaction, including in schools and other environments, there is risk of additional and significant spread,” he said.

“Our hope is that populations like those wouldn’t require hospitalization, but we have to be prepared for the fact that they will because in other countries, we’re seeing kids’ admissions going up.”

In order to prepare for a potential surge in hospitalizations, Smith is urging Health Canada to immediately approve Paxlovid, Pfizer’s antiviral COVID-19 pills, for emergency use.

As reported by True North’s Cosmin Dzsurdzsa, nearly 10,000 unvaccinated health care workers across Canada have been placed on unpaid leave or had their jobs terminated by health authorities as of Dec. 16.

While the Ontario government has not implemented a mandatory vaccine requirement for health care workers, individual hospitals have introduced their own initiatives and laid off workers who do not comply.

Approximately 1,665 health care workers were sacked in Ontario because of their vaccine status, though some have argued that the true number may be as high as 11,000.

Hospitals across Canada are facing a severe shortage of staff.

In Quebec, the government announced that health care workers who have tested positive for COVID-19 will keep working under certain conditions.