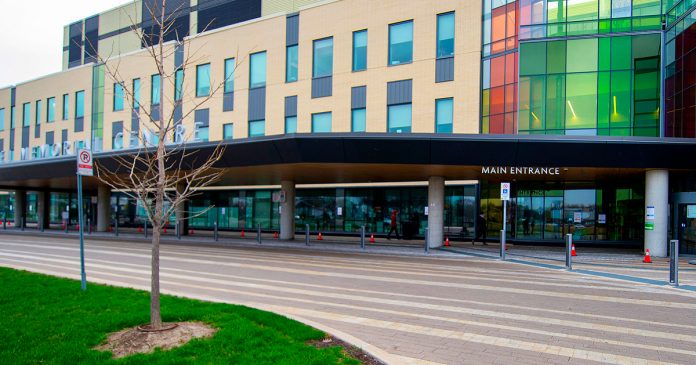 The urgent care centre at Peel Memorial Centre for Integrated Health and Wellness in Brampton, Ont. will be closed due to “extreme capacity and staffing shortages,” according to a statement by William Osler Health System on Monday.

“Due to increasing volumes in our emergency departments, further compounded by our extreme capacity and staffing pressures, Osler has made the very difficult decision to temporarily close its urgent care centre at Peel Memorial until at least Feb. 1, 2022,” said the health authority.

Osler said closing the urgent care centre would “help to direct the highly skilled staff and physicians to where demand is the greatest.”

Osler enacted a mandatory COVID-19 vaccine policy for its hospitals on Nov. 7. The policy required all staff, volunteers, and physicians to be vaccinated, with no option for negative testing. As exclusively reported by True North, at least 1650 health care workers have lost their jobs in Ontario due to vaccine mandates.

Osler is only the latest Ontario health authority to announce problems due to staffing shortages. Last week, Niagara Health announced that it was pausing its own mandatory vaccine policy in order to free up personnel for the Omicron surge.

Osler declared a code orange on Jan. 3 because of an increase in COVID-19 patients and staffing shortages.

“Osler has enacted all contingency planning and has reached Stage 2 of a code orange, which is typically used when demand outpaces capacity to ensure internal and external resources are deployed efficiently,” said Osler president and CEO Naveed Mohammad.

The code orange allowed patients to be transferred to neighbouring hospitals to provide more space. This measure was called off on Jan. 5.

“The temporary closure of Peel Memorial’s urgent care centre is a scary development for patients and their families,” said the statement. “No one should have to worry that a loved one might not get the care they need in an emergency.”

The statement continues by calling on the Ontario government to end the pay cap for salary increases for nurses established under Bill 124, provide health care workers with danger pay and bring in the Canadian Armed Forces to provide emergency staffing in hospitals that need it across Ontario.