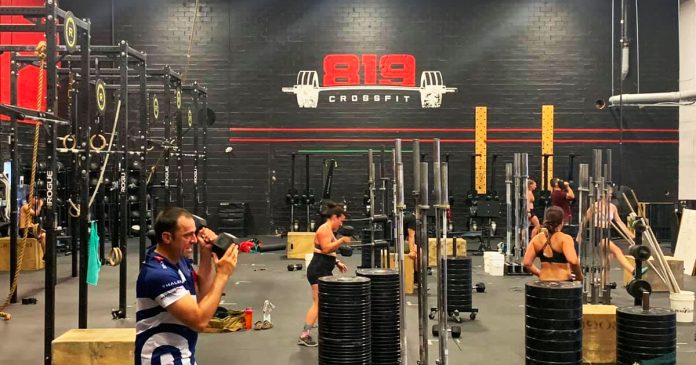 A defiant Quebec gym forced to shut its doors by a court order in January has launched a Charter challenge to try and keep Canadian gyms from being closed again.

Shane Miller, owner of CrossFit 819 in Gatineau, told True North he doesn’t believe the lockdowns will stop until people put a stop to them.

“What I’m hoping is that we raise enough awareness and we mount a successful Charter challenge and we win and we make it that gyms are made essential,” he said.

Although Quebec is set to reopen gyms again on Feb. 14 at 50% capacity, the province took Miller to court last month for refusing to close during the current lockdown – Quebec’s fourth – which came into effect in December.

“I shut down the first three times, and I just couldn’t do it again,” Miller told True North. “It wasn’t about me. It was a moral thing. I stayed open for my clients with health issues who had letters from doctors and physiotherapists.”

A major COVID outbreak at a Quebec City gym in March 2021 has seen the province impose some of the most severe lockdowns on fitness facilities in the country, with the only potential exceptions for professional athletes and owners.

Quebec’s Ministry of Health and Social Services spokesperson Marie-Louise Harvey said in an email to True North on Tuesday that during lockdowns, “only establishments offering essential services related to food, the distribution of drugs or gasoline could continue their activities.” She added that gyms will be allowed to return to full capacity on Feb. 28.

Miller said that Quebec’s stringency during lockdowns set the province apart from Ontario, where some gyms had looked to a disabilities law to allow them to stay open for people with a medical note.

“The problem here in Quebec is that they said gyms had to close,” he said. “In other places like Ontario, if you have a note from a physio that says you need physical therapy, you can be doing physical activity. I don’t know about the mental health aspect of it, but I said no matter what, I had to do this because we have people who are recovering from different substance abuse disorders, binge-eating disorders. If they can’t come to the gym, they spiral out of control.”

“We had one guy who came back 80 pounds heavier after the first lockdown,” Miller said. “I didn’t even recognize him. I had other people who basically said they couldn’t come back because they’re too ashamed. Another guy who had used CrossFit as a way to beat his drug addiction never came back.”

Miller said that mental and physical health considerations make gyms an essential service, and it doesn’t make sense to close them. He said he was inspired by the handful of gyms in British Columbia who refused to close during B.C.’s last lockdown, and who had cited an obligation to their clients’ mental health.

“Some people can do the Zoom stuff online, but some people can’t,” Miller said. “They need to be here to stay on track, and those are they people we stayed open for.”

Someone called the police to complain and the matter went to provincial court, with the judge issuing a closure order and telling Miller that if he continued to operate, he could go to jail for 30 days.

“I’d be happy to go to jail for 30 days for this fight, but I have a wife and three kids and it would be more than they would be able to handle,” Miller said.

Although Miller is obeying the court order and will be running fitness classes through Zoom until gyms are allowed to reopen on Feb. 14, he said that his clientele is dwindling and that he has to build up his business again every time he is locked down.

Miller said he doesn’t think the latest lockdown will be the last either.

“I lost $62 thousand last year,” he told True North. “If we can’t do a Charter challenge saying that gyms are essential, then I can’t keep running my business.”

Miller says is waiting to hear back from the Attorney General for a trial date for the challenge. In the meantime, he is gathering evidence and testimonials for his case.

As far as the cost for the charter challenge, Miller said his lawyer told him to budget for at least $25,000.

He has launched a GoFundMe page to help with the fundraising.