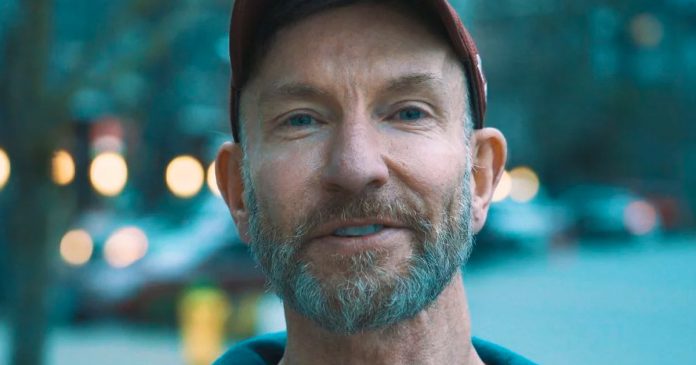 In a scene right out of Rambo (First Blood), Canadian Armed Forces veteran James Topp reached the town of Hope, British Columbia on Thursday evening, completing the first 170km of his march from Vancouver to Ottawa and preparing to take on the Cascade mountains.

His journey’s GPS Live Tracker can be found here.

Topp, who is marching to Ottawa to protest overbearing government mandates under COVID, arrived with 9 followers at the parking lot of Rolly’s Restaurant at 6pm PST, where they were greeted by a small crowd.

Topp, who departed from the Terry Fox monument at B.C. Place last Sunday, announced that he would be taking a couple of days before heading onto the next leg of his journey – likely the Crowsnest Highway through Sunshine Valley and Manning Park to Princeton.

He told True North it “was going well” before heading off for some well-deserved rest.

Since appearing at a Surrey border protest to announce his mission two weeks ago, Topp has gained thousands of online supporters.

He first declared his intention to walk to Ottawa on Feb. 12, when he made the decision to appear in full uniform at the Pacific Border Crossing. For that, he said, he is currently facing an investigation by the CAF and severe career consequences.

“Anybody can stand there and beak off,” he told True North. “But the uniform was the only mechanism I had available to me with the strength of the convictions I now have to get the message out there to people to start doing something.”

Topp has said he will not accept money, urging any cash donations go to WoundedWarriors.ca.

He is, however, looking for places to stay along the route as well as help with other details of the march, including fuel cards for his support vehicle. He’s also asking for volunteers who can contribute 10 hours of their time.

As reported by True North’s Lindsay Shepherd last fall, Rolly’s Restaurant made headlines by refusing to adopt B.C.’s vaccine passport, citing the privacy rights and medical freedom of its customers. The restaurant was shut down by a court order in October.