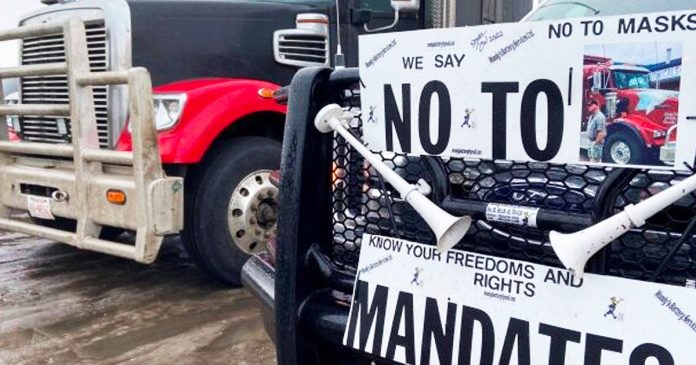 The RCMP’s Director of Financial Crime Denis Beaudoin told the Commons finance committee on Mar. 7 that there was no evidence of terrorist activity in the funding of the freedom convoy protest.

“FINTRAC was before our committee,” said Conservative MP Philip Lawrence to Beaudoin. “They had some interesting testimony on the flow of the money into the crowdfunding and into the protests – that they did not see any evidence of terrorist activity. Did you see any evidence of terrorist activity in the funding of these illegal protests and blockades?”

“I have not,” said Beaudoin.

The Trudeau government has repeatedly claimed that the convoy was foreign-funded and involved terrorist financing. Those claims were in part used to justify the use of the Emergencies Act, which allowed banking institutions to freeze assets of protesters and donors by applying terrorism and money laundering rules.

“We have seen strong evidence that it was the intention of those who blockaded our ports-of-entry in a largely foreign-funded, targeted and coordinated attack,” Emergency Preparedness Minister Bill Blair told the House of Commons on Feb. 19.

However, since police moved in to quash the peaceful protests on Feb. 18, various sources have poked holes in the Trudeau government’s narratives about the protests.

Chief among those sources was FINTRAC Deputy Director of Intelligence Barry MacKillop, who told the Commons finance committee in February that donations to the convoy came from people fed up with COVID-19 measures, and not from terrorists.

“It was their own money. It wasn’t cash that funded terrorism or was in any way money laundering,” said MacKillop.

In an earlier Commons public safety committee meeting, MacKillop also shut down claims that extremist elements were involved in funding the protest.

Prime Minister Justin Trudeau declared that the emergency was over on Feb. 23 and revoked the Emergencies Act, nine days after announcing its implementation and only two days after the Liberals and the NDP approved its use by a vote in the House of Commons.

According to the legislation, Parliament has one year to investigate the justification of its use.