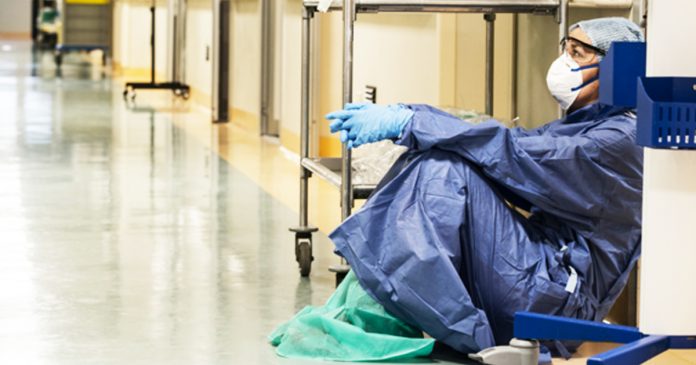 The Justice Centre for Constitutional Freedoms (JCCF) has filed a petition in the British Columbia Supreme Court seeking to strike down the COVID-19 vaccine mandate for healthcare workers who have lost their jobs.

“The Charter is the highest law in the land, and no order or legislation outranks and outweighs the Charter’s protection of fundamental freedoms such as freedom of religion and freedom of conscience,” said JCCF lawyer Charlene Le Beau in a press release on Thursday.

The lawsuit was filed on behalf of several B.C. healthcare workers represented by the JCCF who have lost their jobs because of the vaccine mandates. It cites violations of the right to life, liberty and security of the person; freedom of religion and conscience and equality rights.

B.C. provincial health officer Dr. Bonnie Henry issued orders in 2021 applying to all healthcare workers and staff who work for the B.C. Health Authorities, care facilities and other facilities across the provinces. These orders stated that these healthcare workers had to prove they were fully vaccinated, obtain exemptions or risk losing their jobs.

Le Beau said it was unfair that the government was enforcing the vaccine mandate for the healthcare workers represented by the Justice Centre when Henry had not mandated it for other health professionals.

B.C. announced in February that the province was expanding the vaccine mandate to include healthcare workers in private practices, including chiropractors, dentists, midwives, acupuncturists, audiologists and many others.

“The purpose of this provincial health officer order is to protect patients from being infected with (COVID-19) by unvaccinated health professionals, as well as to minimize the number of people being hospitalized or dying because of the virus,” said Henry.

However, Henry issued a new order on Mar. 7 that compelled the licensing colleges of the province’s regulated private-sector healthcare professionals to provide identifying information about their registrants. She then appeared to walk back the policy even further a few days later, saying that she would work with regulatory colleges moving forward to determine how and whether the mandate would apply at all.

“So yes, this is different from our original vision, which would be people not being able to practice if they were not vaccinated by March 24,” she said. “We’ve been working through the specifics with each individual college and based on the risks within each profession.”

The walkback did not, however, apply to healthcare workers affected and terminated based on previous orders.

Le Beau said that the mandate was “an unjustifiable act of discrimination and a violation of the Charter,” offering extremely limited medical exemptions, no exemptions for religious beliefs and no consideration of masking and rapid testing as alternatives.

“We depended on these hard-working healthcare workers throughout the first year of Covid and there were no vaccines available,” she said. “To fire them from their jobs now because they exercise bodily autonomy or have objections to the vaccines based on their beliefs, is an act of two-faced hypocrisy and a betrayal of those workers who have sacrificed so much for Canadians.”

Among provinces and territories, B.C. has seen the most healthcare workers affected by vaccine mandates, with the province saying that 3,325 workers were put on unpaid leave in November.

B.C. continues to uphold one of the severest vaccination policies in the world for its employees, offering no testing alternatives and continuing to fire non-compliant workers. This comes as vaccine passports have been dropped in almost every province, and Alberta and Nova Scotia are now welcoming unvaccinated workers back.

“If people want to drive around and honk their horns, then fill your boots,” said Horgan. “And at $2.00 a litre (for gas) that’s not only bad judgment, that’s stupidity.”