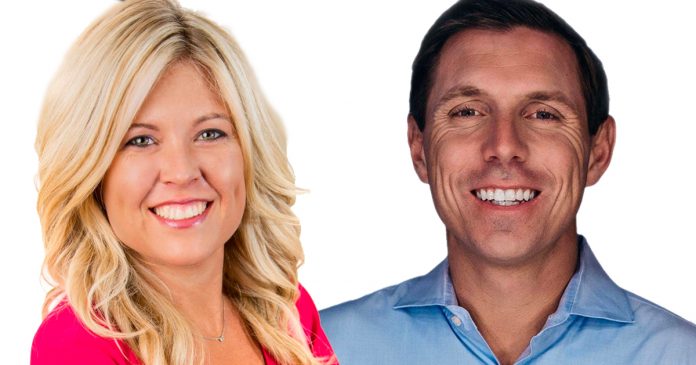 Rempel Garner has represented the Alberta riding of Calgary Nose Hill since 2011. She served as Minister of State for Western Economic Diversification under former prime minister Stephen Harper, and was at the time the youngest female cabinet minister in Canadian history.

In February, Rempel Garner was one of 45 CPC MP’s who voted to keep Erin O’Toole as leader.

“Across Canada, Conservatives are tired of losing federal elections to Justin Trudeau,” said Brown in a press release on Saturday. “For Western Canadians, the stakes have been high – three election losses to the Liberals have meant massive job losses, unaffordable living and inequity.”

“Conservatives need a leader that can win in the parts of the country where the Liberals are strong without sacrificing what it means to be conservative,” Rempel Garner said in a Facebook interview with Brown on Saturday. “Somebody who can put forward a hopeful, positive vision filled with strong policy for our party.”

Brown said during the interview that he would ensure equal representation for Western Canada by making electoral seat counts based on population. He added that the vote the House of Commons held about reducing Western Canada’s seat count weeks ago was “unacceptable.”

Brown told Rempel Garner that he can win because he knows how to beat Trudeau.

“I know how to beat Liberals in the strongest areas of the country,” he said. “And if we do that, we’re going to form a government.”

His announcement came after CTV expressed regrets over a 2018 story that triggered his resignation as Ontario Progressive Conservative leader. He had filed an $8 million defamation lawsuit against CTV over the story detailing two allegations of sexual misconduct, which he denied.

As the leadership race rolls on, Brown has been feuding with Conservative MP Pierre Poilievre.

The feuding started when political advisor Jenni Byrne, who is working on Poilievre’s campaign, released an attack ad against Brown alleging he “will do and say anything” and highlighting his flip-flopping on the carbon tax and repealing Ontario’s sex-ed curriculum.

Brown fired back by releasing a clip of Poilievre talking about Harper’s policies about the niqab, saying Poilievre had supported a niqab ban.

Poilievre responded by saying Brown was “lying in his attacks on the Harper government. There was no Niqab ban. I would never support that, nor did Mr. Harper.”

The Conservatives will choose their next leader on Sept. 10.