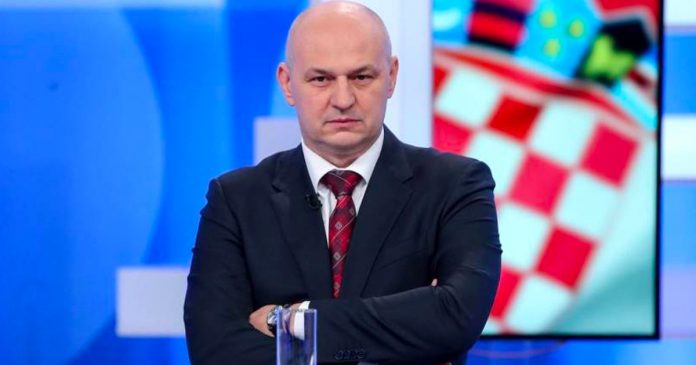 Speaking before the European Parliament, Kolakusic accused the prime minister of engaging in a “dictatorship of the worst kind” by using the Emergencies Act to crush peaceful demonstrations.

Kolakusic’s speech followed Trudeau’s own address to the parliament, where the prime minister had sounded off on purported threats to democracy posed by freedom protesters.

Kolakusic responded to Trudeau’s claims through a Croatian translator.

“To defend our rights and the rights of our children, which we have acquired over the centuries, many of us – including myself – are willing to risk our own freedom and our own lives,” he said. “Unfortunately, today there are those among us who trample on these fundamental values

Kolakusic then turned to face Trudeau.

“Canada, once a symbol of the modern world, has become a symbol of civil rights violations under your quasi-liberal boot in recent months,” he said.

Kolakusic went on to blast Trudeau for the militarized crackdown on Ottawa protesters where one woman using a walker had been trampled by a police-mounted riot horse. He also referred to how Trudeau had used the Emergencies Act to freeze the bank accounts of convoy protesters and donors.

“We watched how you trample women with horses, how you block the bank accounts of single parents so that they can’t even pay their children’s education and medicine, that they can’t pay utilities, mortgages for their homes. To you, these may be liberal methods, for many citizens of the world, it is a dictatorship of the worst kind. Rest assured that the citizens of the world, united, can stop any regime that wants to destroy,” said Kolakusic.

This is far from the first high-profile instance where Trudeau has been condemned by an EU politician, although it is the first time one has criticized him in person.

“On several occasions the EU has condemned human rights violations in various countries,” Huhtasaari wrote. “Does the Commission or the High Representative of the European Union for Foreign Affairs and Security Policy intend to condemn the measures used by Canada against peaceful protest in the Canadian convoy demonstration, and what is the EU’s position on the Canadian Government’s actions against peaceful protest?”

In February, Romanian MEP Cristian Terhes also accused the prime minister of being a “tyrant” and a “dictator” during a fiery speech in Brussels.