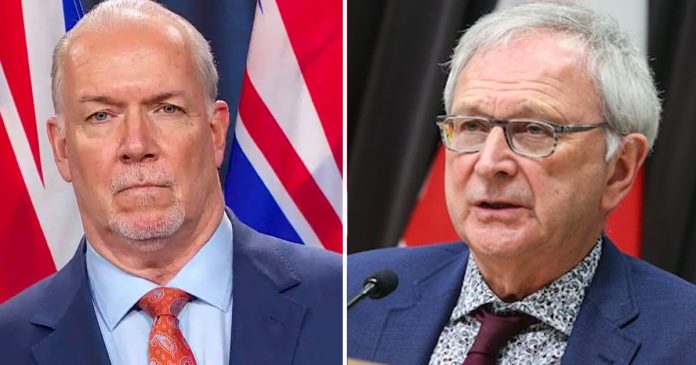 Even as it seems that COVID-19 restrictions are being lifted everywhere, there remain not only jurisdictions that are clinging to vaccine mandates, but others that are still putting them in place.

Two cities in two provinces provide tangled examples. One – St. John, New Brunswick – is imposing a vaccine mandate on employees even as the province drops its own. The other – Victoria, British Columbia – is lifting its vaccination policy while the province itself continues to impose and even expand one.

New Brunswick lifted its vaccine passport system on Feb. 28 and all remaining restrictions on Mar. 14. The province has also announced that full vaccination would no longer be a condition of employment for its public service – with some exceptions, including in health care – by Mar. 28.

These changes came despite New Brunswick’s hard line against the unvaccinated during the Omicron wave of the pandemic.

In December, the province made international headlines by imposing one of the harshest measures in all of Canada when it gave grocery stores the option of demanding vaccine passports from their customers. The province reversed the policy after massive backlash, but that did not prevent Premier Blaine Higgs from openly weighing his options moving forward.

“Life will become increasingly uncomfortable and more difficult for those who are able to be vaccinated but choose not to be,” Higgs had vowed in February.

Despite New Brunswick dropping the vaccine requirement for new and existing provincial employees, the city of St. John announced this week that it was making vaccination mandatory for new municipal hires.

Mayor Donna Reardon told the CBC that “it just makes sense to, as you go forward, to have staff to be fully vaccinated,” and that the purpose of the policy was to minimize the effect of COVID on city operations going forward.

Reardon added that the current definition of “fully-vaccinated” is two doses but that it will become three if Public Health changes it.

B.C. entered the pandemic with some of the lightest restrictions in the country but ended up becoming the last province to announce it was lifting them, which happened on Mar. 10. Provincial health officer Dr. Bonnie Henry has also suggested bringing restrictions back in the fall, warning about the possibility even before she had dropped them.

The province has continued not only to expand its vaccine mandates but also to fire public employees forced onto leave over the policy last year. The B.C. health ministry also revealed this week that it had terminated thousands of healthcare workers, even as the system continues to experience crippling staff shortages.

Despite the province’s position, the City of Victoria announced this week that it was dropping its vaccination requirement for municipal employees on April 8 – when B.C. is slated to relax its vaccine passports – and would be inviting back the 25 employees put on unpaid leave in January for not complying. Other municipalities are also reportedly considering the move.

New Brunswick and B.C. demonstrate the tangled and still-developing situation with vaccination policies across the country, where federal sites, provinces, municipalities and even individual businesses have been able to demand proof of vaccination from employees.

Even in high-profile situations where unvaccinated workers have already been allowed back – as with Alberta Health Services (AHS) – vaccination requirements for new hires remain in place.

“We’ve forced Alberta Health Services to admit that what they were doing was not only ridiculous but wrong,” Alberta paramedic Kate King told True North last week. “But for people trying to get into AHS, they still have to get the shot or give up on their profession.”

While court action continues against the mandates and wrongful dismissals, the rules may elapse before some suits end or even begin. Even former Newfoundland premier Brian Peckford’s lawsuit against federal travel mandates is not scheduled to begin hearings until September.

As one union representative told True North, “this stuff could all be gone by the end of April. It’s just a matter of ragging the puck.”