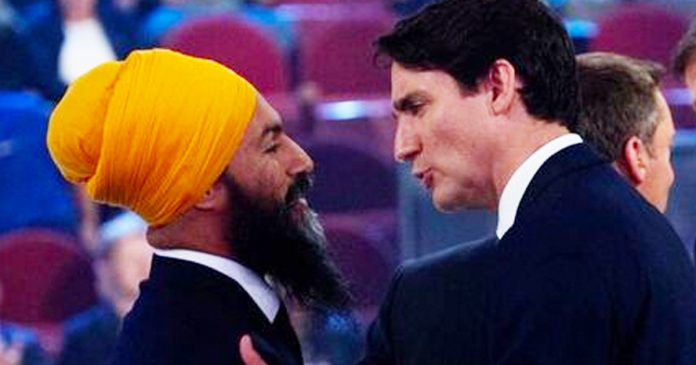 Elections Canada said it was caught off guard by Prime Minister Justin Trudeau’s recent announcement that upcoming federal elections would see polls open for three days instead of one.

The announcement was part of the Trudeau Liberals’ “confidence and supply agreement” with the NDP, which saw the party of Jagmeet Singh agree to support the Liberals until 2025.

According to the deal’s details, the government will work with Elections Canada to make it easier for people to vote, including by extending election day to three days.

A statement released by Elections Canada stated the agency “had no prior knowledge of the Liberal Party and New Democratic Party commitments related to the agency’s mandate.”

“For any future changes to the (Elections) Act, it will be important to take time to properly consider their potential implications for the administration of future elections,” said Elections Canada spokesperson Matthew McKenna. “The (chief electoral officer) would look forward to discussing those possible changes with parliamentarians, and sharing his expertise about the administration of federal elections.”

Currently, chief electoral officer Stéphane Perrault is preparing a review of the 2021 election, which will contain recommendations for future elections.

Recently, Elections Canada revealed that a record number of ballots were not included in the final election results.

A total of 205,000 mail-in ballots were found to be either late, never returned or cancelled.

“In fact, 90,274 mail-in ballots (local and out-of-riding) were received after the deadlines described in the Canada Elections Act (either by close of polls locally, or 6 PM ET for international/national mail-in ballots returned to Ottawa),” Elections Canada told True North in February.

“114,583 ballot kits were either never returned to us, or they were cancelled (for example, electors who returned their ballot kit unused because they voted in person instead). Those two numbers represent different things.”

Perrault has stated he will be reviewing the mail-in ballot debacle in his upcoming report.

“The separation within the 114,000 between those who simply chose not to vote and those who chose to vote by another means is something we need to look into. To do that we have to pry open all of the bags coming back from all the parts of the country,” said Perrault.

“That is a long process. I am confident we will be able to report on that.”

Part of the Liberal-NDP deal also included exploring improving how mail ballots are processed while also allowing people to vote at any polling station in their ridings.

The two parties’ “confidence and supply agreement” was announced on Mar. 22.

“This is nothing more than a Justin Trudeau power grab. He is desperately clinging to power.” Bergen said on Tuesday.