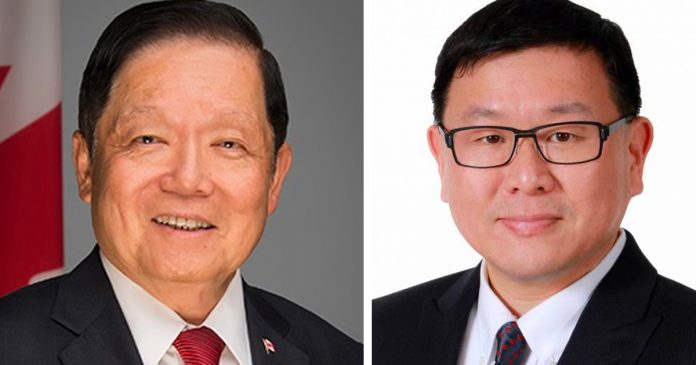 A senator has apologized for accusing former MP Kenny Chiu of lying after Chiu said he was the target of a Chinese disinformation campaign during the last election.

Following his defeat, Chiu – who immigrated to Canada from Hong Kong in 1982 – claimed that his campaign had been subject to a steady online assault from potentially foreign-directed sources.

Victor Oh had told a fellow senator earlier this week that Chiu was “lying” to them about the incident, accusing Chiu of “going bizarre” and working for “foreign Affairs.”

“Now you are claiming that you have Chinese agent influence that sabotaged you. I said that’s not true,” said Oh on Tuesday.

On Wednesday, Oh rose in the Senate and made a formal apology to Chiu.

“I disagree with Mr. Chiu and Senator Housakos about the allegation of disinformation during the last general election but should not have said that Mr. Chiu lied,” said Oh.

According to the Globe and Mail, Chiu has accepted Oh’s apology but still maintains that the campaign was a “contributing factor” in his losing campaign.

“It spread like a cancer over his campaign. He just saw his campaign disintegrating over the last couple of weeks,” said Burton.

Posts at the time claimed that Chiu was engaging in an effort to “suppress” Chinese Canadians.

“It’s very much organized,” said Chiu at the time. “They have chat rooms and chat groups dedicated to unseating Kenny Chiu.”

Other researchers including McGill University academics have said that the propaganda warfare was evidence that foreign actors were trying to interfere in Canadian democracy.

According to Conservative foreign affairs critic Michael Chong, the disinformation potentially cost the party three seats in the 2021 election, as well as played a role in a dozen other ridings.

Although both Oh and Chiu are members of the Conservative Party of Canada (CPC), they support rival candidates for the CPC leadership. Whereas Chong declared on Mar. 5 that he was backing Pierre Poilievre, Oh endorsed Patrick Brown last week.