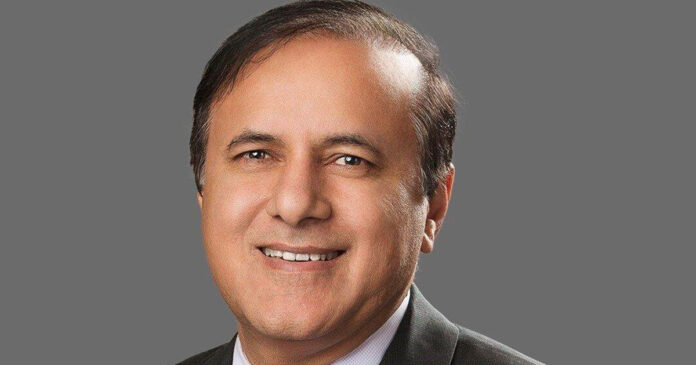 After two years of virtual parliament, it appears some MPs are still not familiar with Zoom etiquette – specifically, with keeping pants on while on a call.

On Friday, Liberal MP Shafqat Ali was allegedly caught sitting in the bathroom while sitting virtually in the House of Commons after Conservative MP Laila Goodridge raised a point of order and said that the Liberal MP for Brampton Centre “might be participating in a washroom.”

According to the Ottawa Citizen, the alleged incident was only visible to MPs on an internal stream.

Assistant Deputy Speaker Alexandra Mendès confirmed that the MP “appeared to be in the washroom” while participating in a debate on Bill C-252.

“I would like to remind everyone that, especially online, we have to be very prudent with how we use our devices and be aware of the surroundings,” Mendès told MPs.

In response to Goodridge’s point of order, Liberal MP Kevin Lamoureux accused the Conservatives of wanting to “embarrass people.”

“I believe the most important thing is that members have the camera on and are in the room. I would not want to embarrass members, no matter what political party they might belong to. I do not think it would be appropriate to use the virtual Parliament as a mechanism to embarrass people.”

Ali addressed the incident on Monday in the House of Commons, asking for MPs to forgive him.

“I want to take this opportunity to apologize sincerely and unreservedly to all members of the parliament for the unfortunate event that transpired last Friday,” Ali said.

“I ask that the House and its members to forgive me for my lapse in judgment. I take this matter extremely seriously and I promise never to repeat this error again.”

On Monday, Conservative MP John Brassard raised a new point of order and asked the Speaker of the House to rule that Ali’s actions were in contempt of Parliament and to refer the incident to a committee for study.

“Those who witnessed the events quite clearly saw the Liberal MP enter what appeared to be a toilet stall in one of the men’s washrooms located on this very floor of this very building. The visible stonework, wooden door, and the stainless-steel door hinges and coat hook on the back of that door, which is part of the long side of the stall, all looked quite familiar,” Brassard said.

“A Member of Parliament was literally using the washroom while participating in a sitting of this House of Commons, the cathedral of Canadian democracy. I cannot believe that I just said those words,” Brassard said.

Unfortunately, this isn’t the first – or second – time a Liberal MP has been caught with their pants down.

In 2021, Liberal MP William Amos was caught twice exposing himself while sitting in virtual parliament.

In April, Amos was seen stark naked in his office on a Zoom call during Question Period.

“It was an unfortunate mistake. My video was accidentally turned on while changing into work clothes after jogging. I sincerely apologize to my colleagues in the House of Commons for this involuntary distraction,” said Amos in a tweet which has since been translated from French.

A month later, Amos was caught urinating during a House of Commons Zoom meeting.

Amos posted a statement on his personal Twitter account claiming that he had accidentally “urinated without realizing (he) was on camera” the night before.

“It is important to have a safe workplace environment for everyone on Parliament Hill and we take these matters extremely seriously,” Liberal government whip Mark Holland told CBC News.

“Mr. Amos has stepped aside from his role as Parliamentary Secretary and from his committee duties.”