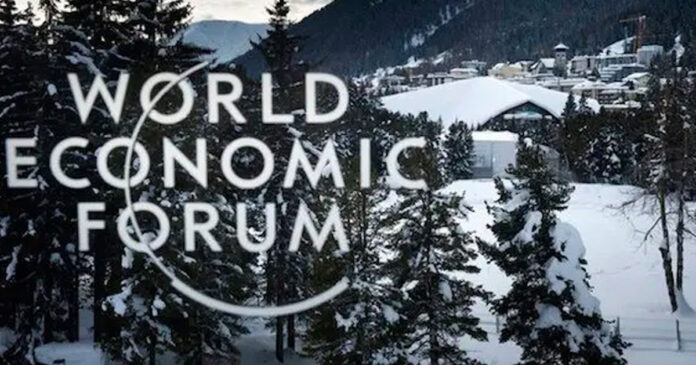 The World Economic Forum (WEF)’s flagship event in the mountains of Switzerland is open to media – but only select, invited journalists are allowed to even apply for accreditation.

The WEF’s annual meeting runs May 22-26 in Davos, a resort town in the Swiss Alps. This is the first in-person Davos event since 2020 as Covid restricted travel and large gatherings.

A planned annual meeting in Singapore last summer was rescheduled multiple times before it was cancelled altogether.

The WEF operates a media portal for journalists to register for its events, but only those with an invitation code are allowed to even apply for the upcoming Davos meeting. Repeated inquiries to the WEF’s public affairs team went unanswered.

This year’s event promises to be the “starting point for a new era of global responsibility and cooperation.”

No programme or list of speakers and panels is yet available, but the WEF says it will “bring together over 2,000 leaders and experts from around the world, all committed to a ‘Davos Spirit’ of improving the state of the world.”

True North’s Andrew Lawton will be in Davos to report on the conference.

In addition to accreditation challenges, the WEF also created accommodation challenges. Before announcing its meeting, the organization booked all hotel and resort rooms in Davos and the nearby town of Klosters, as well as most properties listed on Airbnb.

Some Airbnb hosts also cancelled confirmed reservations at the WEF’s request, with one telling True North “the penalty by this organization is tremendously high if I won’t fulfill their conditions.”

In January, WEF chairman Klaus Schwab released a new book, The Great Narrative, about “how we can shape a constructive, common narrative for the future.” This book was a follow-up to his 2020 manifesto COVID-19: The Great Reset, which tried to seize what Schwab called “a unique window of opportunity” to reshape the economy and the “social contract” amid the global pandemic.

The Trudeau government has close ties to the WEF, giving it $2.9 million last year for “conservation measures.” Deputy Prime Minister Chrystia Freeland sits on the organization’s board of trustees, and has spoken at past meetings. Last year, then-health minister Patty Hajdu participated in a closed-door panel discussion on cross-border travel restrictions.

Interest in the WEF has surged in recent months, as clips recirculate showing Prime Minister Justin Trudeau discussing the need for a “reset” in a United Nations speech and Schwab boasting about the organization’s efforts to “penetrate the cabinets” of various countries, including Canada.