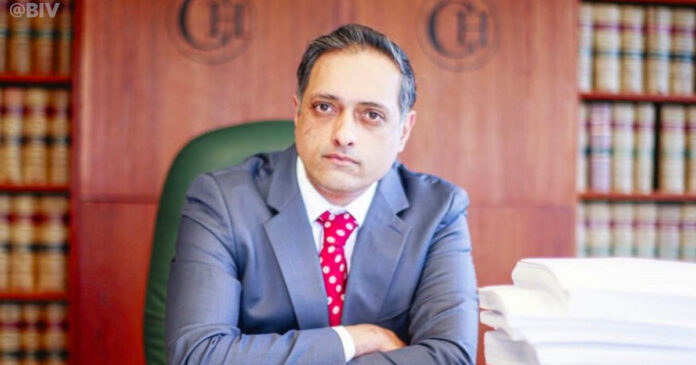 A B.C. lawyer representing civil servants forced off of work due to vaccine mandates will now represent over 200 union members against the unions they say failed to defend them.

“It’s a pretty big labour board case,” Lawyer Umar Sheikh told the Times Colonist. “I’ve dealt with massive union issues and I understand where the unions, in my view, have fallen down here.”

The B.C. public service made two Covid shots a condition of employment in November, aided by an Order in Council passed by the province’s NDP government that made noncompliance with the policy grounds for termination with cause.

“It’s not possible to have done this without consultation with the unions, which means that the unions would have agreed for a certain segment of their members to be discriminated against,” Sheikh said. “And so we’re bringing a claim against them.”

As of Apr. 20, the public service claimed that 402 employees had either refused to disclose their status to their employer as required or had not gotten the shots. The service said furthermore that 31 terminations had taken place. These firings have continued, however, with different ministries appearing to have adopted different timelines with respect to dealing with employees forced on leave.

As opposed to non-union employees, who are able to take their employers directly to court, unionized employees must first be represented by their unions – who are in turn legally obligated to represent them.

Sheikh – who is already representing 11 non-unionized petitioners in a separate constitutional case – will argue before a Labour Relations Board hearing that several B.C. and national unions not only failed to represent his unionized clients against the province but also that they colluded with government officials in terms of drafting and imposing the vaccine mandate. Such a charge falls under section 12 of the B.C. Labour Relations Code.

The unions involved include the B.C. General Employees’ Union (BCGEU), CUPE 873, Unifor, MoveUP and the International Brotherhood of Electrical Workers. Should the labour board find these unions failed to represent its members, they will be asked to compensate them full damages and compensation.

“These will be huge,” Sheikh said.

Unions who called for increased workplace safeguards against Covid before the vaccine mandates came into play now find themselves in precarious positions, essentially being required to defend their memberships against policies they supported in spirit if not by letter. That said, arbitrators seem to be consistently ruling in support of vaccine mandates, including against 44 members of the International Brotherhood of Electrical Workers against BC Hydro last month.

The action against unions is only the latest of several ongoing fights involving the B.C. government over the consequences of Covid mandates and restrictions, including terminations, church closures and policies involving the vaccine passport and its exemption system.

The last to lay out a plan for lifting its pandemic regime, B.C. also continued to expand its vaccine mandates after other provinces had rescinded them.

Last month, the province appeared to back away from its plans to make two Covid shots mandatory for regulated healthcare professionals – including dentists, doctors and many others – to practice.