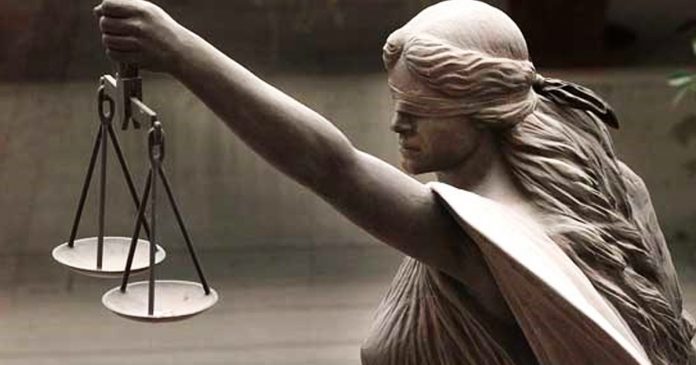 After deferring her decision for a week, a B.C. Supreme Court judge has refused to grant an injunction preventing the government from firing suspended public servants for not providing proof of COVID vaccination.

Justice Carol J. Ross dismissed a petition on Friday brought forward by four non-union B.C. public servants to temporarily pause their imminent terminations. The group had requested the injunction to keep from being fired before their constitutional case against the province’s vaccine mandate could be heard in May.

The decision comes not only as vaccine passports have been dropped in every other province, but also as unvaccinated public workers are being welcomed back to workplaces across Canada. The city of Victoria – where Friday’s court decision was made – also announced last week that it was lifting its vaccine mandate and inviting suspended municipal employees back to work.

The original four petitioners include Philip Davidson, Karine Bordua, Zoran Boskovic and Clinton Chevrier. At least five others have since been added.

The not-for-profit society BCPS Employees for Freedom – which says it represents 500 members including union and non-union personnel both vaccinated and unvaccinated – released a statement after the decision.

“While we are disappointed with today’s ruling, which now removes any legal impediment for the BC Public Service to terminate employees for cause and deny them severance pay and Employment Insurance, we look forward to the full constitutional case to be argued in B.C. Supreme Court the week of May 16, 2022, against this heavy-handed mandate.”

The decision comes as B.C. government workers continue to be terminated after being forced onto unpaid leave in November for not complying with the province’s vaccination mandate. HR Policy 25 – which effectively made two COVID shots a retroactive condition of hire – was established almost a month after the vaccination requirement was announced.

The policy was put into law by the Horgan government on the evening of Nov. 19 – a Friday, and only three days before it forced workers onto unpaid leave the following Monday. The order allows noncompliant employees to be fired “with cause” – a designation traditionally reserved for the severest professional offences, offering no entitlement to severance, employment insurance and other benefits.

The mandate is expected to be in place until “public health concerns regarding COVID are reduced to a level, prescribed by government, to enable workplaces to operate without COVID-related restrictions.”

According to court documents, the petitioners say the policy fundamentally altered their contracts “without proper notice or agreement or their consent, in order to terminate them without any sort of due process or procedural fairness, for just cause.”

B.C. continues to uphold one of the severest vaccination policies in the world for its employees, offering no testing alternatives. The last province to announce its timeline for dropping COVID restrictions, it is also the only province with a vaccine passport still in place.

The Justice Centre for Constitutional Freedoms has also brought legal action against the province over the vaccine mandate, and will represent several healthcare workers who have already lost their jobs.

The B.C. health ministry revealed last month that it had terminated thousands of healthcare workers, even as the system continues to experience crippling staff shortages. Health Minister Adrian Dix has admitted that one week in January saw 27,937 shifts unfilled, while on Feb. 3, a newborn child died at Lions Gate Hospital after staffing issues saw a potentially life-saving procedure delayed.