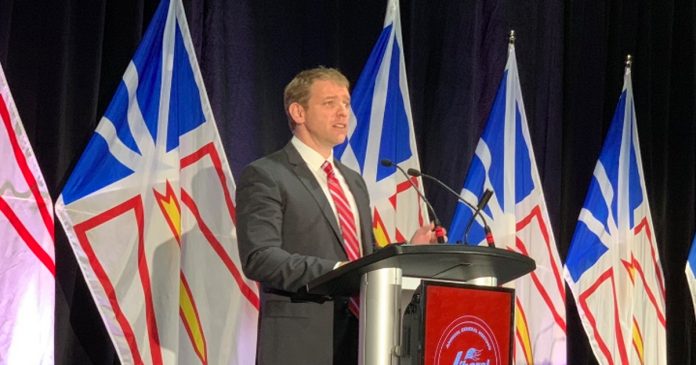 Newfoundland and Labrador has become the latest province to rescind its Covid vaccination policy for employees, including workers in long-term care homes, fire departments and many other settings.

“Given the current epidemiology of the province, a decision has been made not to extend the policy,” read a statement by Newfoundland’s health department on Thursday.

The decision comes into effect on June 1, and will apply to those who first fell under the mandate on Dec. 17.

As of publication time, it was not yet clear whether teachers and healthcare workers – both of which were named in the same health order – were included.

According to Newfoundland’s finance minister, 32 employees were forced onto unpaid leave after the province’s public-sector vaccine mandate came into effect. A Treasury Board Secretariat spokesperson said all can return to work at the start of next month.

The lifting of the mandate makes good on a promise made by Premier Andrew Fury when he announced the policy in October to review it every six months.

The province also said, however, that it “will continue to monitor the epidemiology of the province and, as with any public health measure, these may be reinstated at any time deemed necessary in the future.”

As provinces began lifting their Covid restrictions in February – including masks and vaccine passports – some municipalities, universities and other organizations have also begun to lift or review their vaccine mandates for employees.

Others, however, continue to implement the mandates (St. John, New Brunswick) or to terminate non-compliant employees (British Columbia).

On Wednesday, Hamilton city council voted to extend its vaccination deadline for municipal employees to Sept. 30.