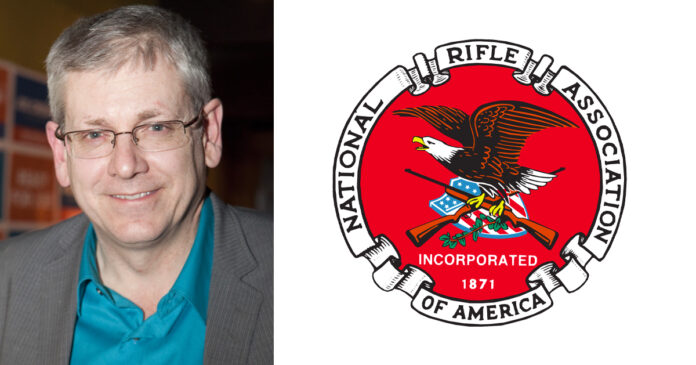 Long-time NDP MP Charlie Angus is repeating a demand to put the National Rifle Association (NRA) on a terror watch list and ban its directors from entering Canada.

Angus first referred to the American gun rights advocacy group as terrorists in 2019 after mass shootings in Dayton, Ohio and El Paso, Texas. On Sunday, he called on the Trudeau government to officially consider the US gun lobby a terrorist organization.

“Three years ago I proposed putting the NRA on Canada’s terror watchlist. It’s time that Attorney General (David Lametti) took seriously the need to ensure that the NRA are not allowed to cross our borders,” wrote Angus.

In a tweet from 2019, Angus cited “a long history of attempting to meddle in public safety policies” as a reason behind the proposed ban.

Canada’s Anti-Terrorism Act requires the federal government list entities defined as terrorist organizations. If Angus were to have his way, the NRA would be included alongside Al Qaida, ISIS, the Taliban and other terrorist groups.

Listing under the Anti-Terrorism Act would open up an organization to seizures of property and the freezing of its financial assets.

“It is not a crime to be listed,” writes Public Safety Canada. “However, one of the consequences of being listed is that the entity’s property can be the subject of seizure/restraint and/or forfeiture. In addition, institutions such as banks, brokerages, etc. are subject to reporting requirements with respect to an entity’s property and must not allow those entities to access the property.”

“These institutions may not deal or otherwise dispose of the property. It is an offence to knowingly participate in or contribute to, directly or indirectly, any activity of a terrorist group. This participation is only an offence if its purpose is to enhance the ability of any terrorist group to facilitate or carry out a terrorist activity.”

Angus’s call to action comes after a horrific shooting at an elementary school in Uvalde, Texas that left 19 children and two teachers dead.

At an NRA conference last week, former president Donald Trump stated that the actions of evil individuals were not a reason to disarm law-abiding citizens and strip them of their constitutional rights.

Although the NRA is an American organization, its advocacy for lawful firearms ownership is shared by Canadian groups including the National Firearms Association and the Canadian Coalition for Firearms Rights.

On Monday, the Trudeau government announced it would be tabling new firearms legislation essentially banning the purchase, sale, importation and transfer of handguns in Canada, as well as introducing new capacity limits for rifle magazines. This follows an admission by the Trudeau government in March that its sweeping 2020 ban of 1500 kinds of “military style assault weapons” also included sports and hunting rifles.

Last week, the Supreme Court of Canada also voted unanimously to strike down life without parole sentences for mass shooters.

True North reached out to Angus over his comments but had not received a response by publication time.