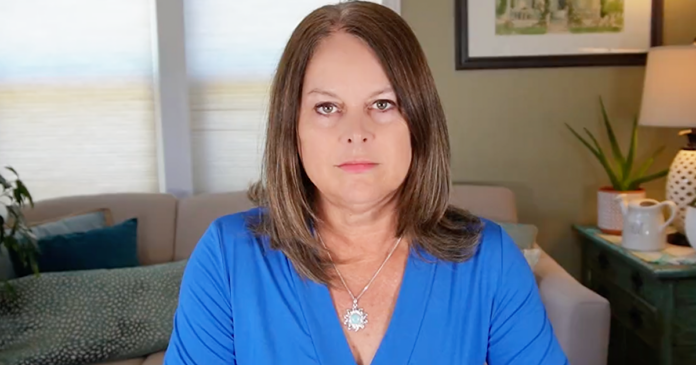 A former Waterloo Region teacher has launched her second lawsuit against the Waterloo Region District School Board (WRDSB) – this one to try to undo a decision to silence her at a board meeting earlier this year.

Carolyn Burjoski has asked the Superior Court to undertake a judicial review of the WRDSB’s decision to end her presentation prematurely and expel her from a January 17, 2022 board meeting amid allegations that what she said was contrary to the Ontario Human Rights Code.

Her most recent claim says the board and board chairman Scott Piatkowski failed to provide sufficient reasons why her presentation may have violated the Human Rights Code and why she was removed from the meeting.

The legal filing, obtained by True North, asks the court to overturn the board’s decision and rule that Burjoski be permitted to finish her presentation during a committee of the whole meeting of her choosing.

“The decision to end the presentation was unreasonable …it was made in bad faith and for an improper purpose, namely to prevent the board from hearing and considering views that some board members may have disagreed with,” the legal filing states.

The former elementary school teacher, who taught ESL, claims in a video posted on her Twitter page that Piatkowski and the rest of the trustees “violated her right to freedom of expression.”

She adds that she hopes her legal action – which is being handled pro-bono by the Justice Centre for Constitutional Freedoms – will “dissuade” other school boards from using the Human Rights Code to “intimidate and silence” people who challenge them.

“I am concerned that school boards are abusing their power to silence and shame people who ask perfectly reasonable questions,” she says in the video.

“Parents have a right to know what is happening in their childrens’ schools and voice their concerns.”

On May 4, the 20-year teacher filed a $1.7-million defamation suit against the school board and Piatkowski for making claims at the board meeting, on social media and in a series of media interviews that she was “transphobic” and engaged in “hate speech” in her presentation.

In her first claim, Burjoski alleges that Piatkowski made defamatory statements to the media which indicated she was “disrespectful” to trans people and her presentation would cause them to be “attacked.”

She also alleges Piatkowski defamed her when he tweeted that her presentation was a “bat signal” to “every transphobe” on Twitter.

On Jan. 17 of this year, Burjoski was a mere four minutes into her deputation to the board questioning the age-appropriateness of a series of highly sexualized books contained in elementary school libraries and K-6 classrooms when Piatkowski shut her down and expelled her from the meeting.

She was put on home assignment, warned to keep quiet and subjected to an investigation during which she was threatened her retirement benefits could be cancelled and a formal complaint made to the Ontario College of Teachers.

She was also told that the WRDSB could pursue criminal charges against her but an investigation was not pursued in the end because of her health issues.

Piatkowski has not stepped down as chairman. In fact, he registered to run again in the October election and on June 6, he doubled down by leading the charge to sanction black trustee Mike Ramsay over a secret Code of Conduct report, which remains secret to this day.

At the end of her video, Burjoski says victims and bystanders must stand together to confront bullies or the “bullies just get stronger.”

To donate to a GoFundMe campaign to support her first lawsuit, check out www.cancelledteacher.com.