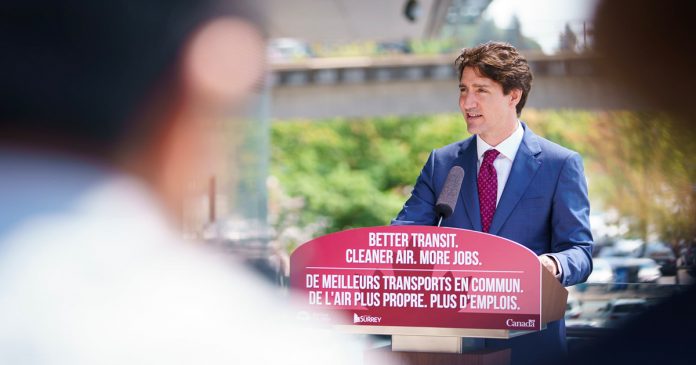 The majority of Canadians disapprove of the Trudeau government and have a negative view of Prime Minister Justin Trudeau, according to a new poll by left-leaning pollster Abacus Data.

According to the poll, 51% of Canadians disapprove of the Trudeau government’s performance – the highest number ever recorded since Trudeau was elected in 2015.

When it comes to how Canadians view the prime minister, the same number, 51%, had a negative view of Trudeau – the highest number the pollster has ever recorded.

If an election were held now, the pollster predicts the Conservative Party of Canada would win with 35% of the vote.

Abacus Data CEO David Coletto told the Toronto Sun that “these results should be a warning sign to the Liberals that they have entered uncharted territory for their government.”

“It is a toxic cocktail when people are unhappy with the direction of the country and they disapprove of the government’s performance. That’s where we are today. The result is a wider Conservative Party lead and growing desire for change.”

The current state of the country may explain Trudeau’s negative polling results.

At a time when Canadians are struggling with an inflation crisis and a looming recession, Trudeau recently decided to take a two-week vacation to Costa Rica with his family.

Further, Canadians continue to face long lines and delays at airports and passport offices across the country and many have blamed the Trudeau government’s existing Covid measures.

Despite growing demands from the public, politicians and industry experts to scrap the government’s ArriveCAN app, the Trudeau government is continuing to double down on its mandatory use – claiming the pandemic isn’t over.

The feds also recently made enhancements to the app to allow people to submit CBSA customs and immigration declarations prior to their arrival.

This has led to speculation the Trudeau government is planning on making the ArriveCAN app a permanent feature of entry to Canada.