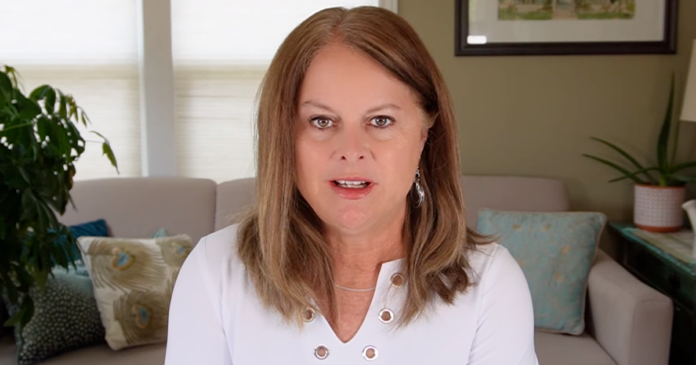 Former Waterloo Region District School Board teacher Carolyn Bujorski has accused the board and its chairman Scott Piatkowski of trying to “gaslight” the community into thinking she is using her $1.7-million defamation lawsuit to silence them.

In a video posted this week on her website – www.cancelledteacher.com – Bujorski calls the board’s statement of defence nothing short of ironic considering she was ejected from a board meeting in January and called transphobic simply for questioning the age appropriateness of board materials pertaining to gender ideology.

“This Board seems to think they can gaslight an entire community and even the court into believing the exact opposite of what is actually true,” she says.

Burjoski filed her $1.7-million defamation suit against the board and Piatkowski in early May alleging they made widespread claims she was “transphobic” and had used “hate speech” during a January presentation to the board.

The 20-year ESL teacher alleges Piatkowski made defamatory statements to the media calling her presentation “disrespectful” to trans people and that it would even cause them to “be attacked.”

On June 21, she filed a second lawsuit in which she asks the Superior Court to conduct a judicial review of Piatkowski’s decision to end her presentation prematurely amid claims it violated the Human Rights Code.

Piatkowksi has not only refused to step down but is running for re-election in October.

Burjoski barely got through four minutes of her Jan. 17 presentation – which objected to the age-appropriateness of two highly sexualized books contained in the board’s elementary school libraries – when Piatkowski stopped her and expelled her from the meeting.

She was put on home assignment, warned to keep quiet and threatened with the cessation of her retirement benefits.

The board’s statement of defence was filed in mid-July by pricey Bay St. law firm Borden Ladner Gervais. Two partners are on the file.

In the statement of defence, the board denies all allegations pertaining to defamation as well as claims that the Burjoski has suffered  “actual damage to her reputation” as a result of the January incident.

The statement of defence, which comes across as arrogant as Piatkowski and his cabal of virtue signalers on the board, says it was “entirely appropriate” for Piatkowski to speak to the media – that the chairman had a “duty” to convey information to the broader Waterloo Region community.

The statement says the statements about Bujorski’s transphobia were “fair comment, made in good faith and without malice” – that discrimination faced by the LGBTQ2S+ community is recognized by the Supreme Court of Canada.

The defence claims, with an amazing degree of gall, that in fact Burjoski has brought forward her defamation suit to silence others who wish to raise matters of public interest – in particular the support of the LGBTQ2S+ community.

As a member of the LGBT community, I believe the latter is an outrageous stretch.

Burjoski says in her most recent video that she supports any and all advocacy for the dignity and human rights of the LGBT+ community.

“What I do not support is the Board’s silencing, shaming and punishment of anyone who criticizes the age-appropriateness of board policies based on gender theory,” she says.

Burjoski insists she’s in this for the long haul despite a sense that the board will drag out the lawsuit as long as possible to wear her down, burn her out and force her to run out of money.

Burjoski has raised $30,000 so far from her GoFundMe campaign.