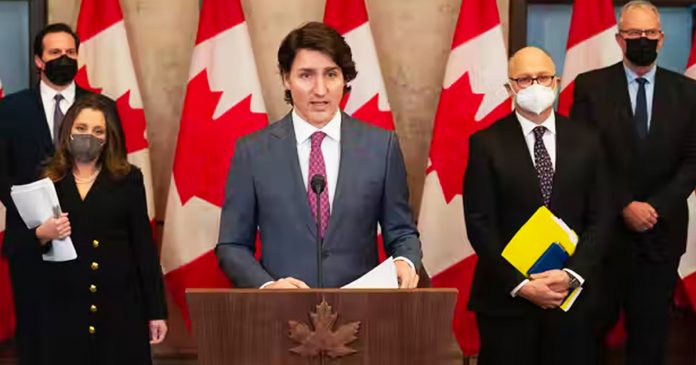 The Canadian Constitution Foundation (CCF) challenged the Trudeau government’s secrecy around the invocation of the Emergencies Act in the Federal Court of Canada on Monday.

CCF lawyers are demanding that the federal government release unredacted documents from cabinet and incident response meetings prior to the Act’s use in February to quash the peaceful Freedom Convoy.

“If the government made better decisions about what record to put before this court — a proper record — then we would not be here,” said lawyer Sujit Choudhry.

“We are here because the government has left us no choice to try and get the truth.”

The CCF is joined by the Canadian Civil Liberties Association in challenging the use of the unprecedented emergency powers.

Legal groups are arguing that Ottawa already had the powers in place to deal with the convoy protests and that resorting to such measures was an overreach.

“There’s no evidence that they wouldn’t have been legally effective in addressing the border blockades and the Ottawa protest,” Choudhry told the National Post.

The Liberal government has repeatedly resorted to cabinet confidence to avoid revealing the details of their response to the convoy.

After facing pressure from the public, Prime Minister Justin Trudeau waived cabinet confidence on the release of a set of documents Ottawa relied on to justify invoking the Act.

The Public Order Emergency Commission set up to investigate the use of the law stated in a press release on the matter that it was the fourth case since Confederation where a public inquiry has been given access to cabinet secrets.

“This exceptional step recognizes the fundamental importance of the Commission’s work and how critical these documents are in inquiring into why the Government declared a public order emergency,” said Commission counsel co-lead Shantona Chaudhury and Jeffrey Leon.

“On behalf of Commissioner (Paul) Rouleau, we took the position that Cabinet documents must be released to facilitate the Commission’s examination and assessment of the basis for the Government’s decision to declare the emergency and fulfil the Commission’s mandate.”

Following the invocation of the never-before-used act, a number of claims repeated by the Trudeau government have been debunked – including the fact that no police force requested the federal government to invoke the act.