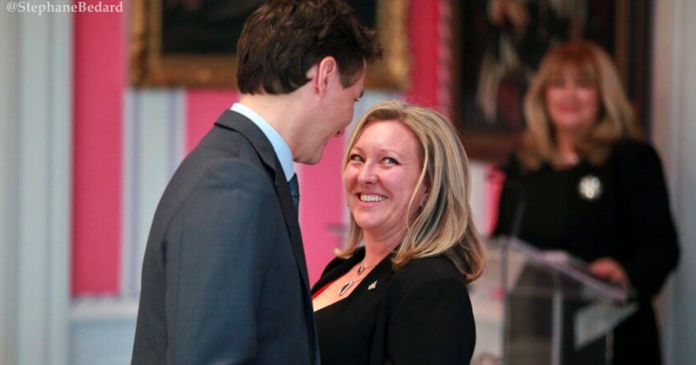 A report published last week on revamping the Government of Canada’s digital infrastructure states that the next step to making services more convenient is to introduce a federal “Digital Identity Program.”

Details of the program were scarce in the publication titled Canada’s Digital Ambition 2022 which was signed off by President of the Treasury Board Mona Fortier and the Chief Information Officer of Canada, Catherine Luelo.

Citing the pandemic, the report outlines how a federal framework would also be integrated with provincial digital identities.

“The COVID-19 pandemic highlighted the need for government services to be accessible and flexible in the digital age. The next step in making services more convenient to access is a federal Digital Identity Program, integrated with pre-existing provincial platforms,” the report explained.

“Digital identity is the electronic equivalent of a recognized proof-of-identity document (for example, a driver’s license or passport) and confirms that ‘you are who you say you are’ in a digital context.”

Steps currently underway to implement the program include “developing a common and secure framework to digital identity” and “launching public consultations on a federally managed digital identity framework.”

When first appointed to the position by Prime Minister Justin Trudeau, Fortier’s mandate letter for the Treasury Board included a specific directive to work “towards a common and secure approach for a trusted digital identity platform to support seamless service delivery to Canadians across the country.”

As exclusively reported by True North in May, the Trudeau government revealed that it was working with airlines to require “digital identity documents” and biometric data like facial recognition as boarding requirements.

Currently, the Liberals are facing calls from the opposition to ditch the ArriveCAN application citing airport backlogs and privacy concerns.

Canada’s privacy commissioner Philippe Dufresne was prompted to launch an investigation into the app to see whether it violated any laws or improperly collected the personal information of Canadians.

During a June House of Commons information and ethics committee, former privacy commissioner Daniel Therrien also told MPs that there is a potential for digital identity to be “harmful to privacy” if designed incorrectly.

“Digital ID, like all technologies, can be helpful and privacy protective or harmful to privacy depending on how it is designed. It is certainly conceivable that digital ID could enhance the verification process and the authentication process, allowing citizens to have access to services,” responded Therrien.

“It is certainly possible that digital ID would lead to the data being available to many players or actors, corporate or governmental, that should not have access to all of this data, but it doesn’t have to be designed that way.”

The Daily Brief | Canadians agree with Poilievre – Canada is...