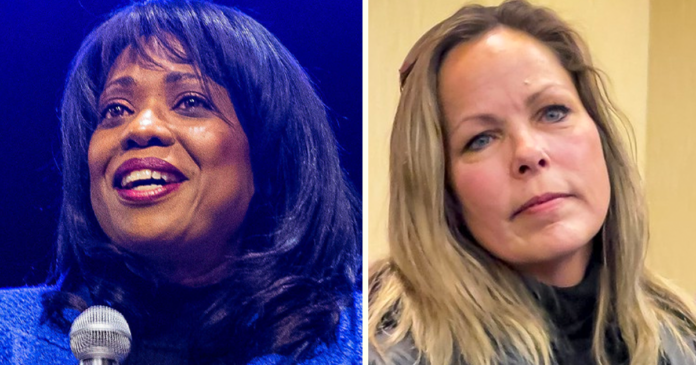 In an email to supporters, Lewis took aim at “dictatorial acts” by the government throughout the pandemic, which the Liberals have fuelled.

“Justin Trudeau and the Liberals have created an environment that has undermined our institutions for political gains,” Lewis said. “Under the guise of protecting people’s health and safety, we have seen the erosion of our constitutional rights, and seen our justice system, law enforcement, health system and media weaponized to silence political opponents.

“These dictatorial acts have dangerously eroded the foundations of our democracy and the rule of law. The Liberals’ penchant for weaponizing institutions to silence their political opponents is undermining the very pillars that should be holding society together.”

Lewis, who is a lawyer, noted that a political prisoner is “a person imprisoned for their political beliefs and actions,” concluding this describes the state’s treatment of Lich.

Lewis also alluded to political infiltration of the judiciary, which she said was responsible for Lich’s two stints behind bars.

“Tamara Lich is just one example of what happens when government uses its power to control Canadians, to inflame hate and division and to infest independent institutions with political operatives,” Lewis said.

The first judge who detained Lich, Ontario Superior Court Justice Julie Bourgeois, was a former Liberal candidate. In addition, the Crown attorney, Moiz Karimjee, had donated over $17,000 to the Liberal party since 2013.

Lich was eventually released, but rearrested last month and spent nearly 30 days in jail after being accused of violating her previous bail conditions. Her new bail conditions include another $37,000 bond and tightened rules around communication with other convoy organizers.

The breach charge bringing her back to court in June relied on a photo taken at a dinner hosted by the Justice Centre for Constitutional Freedoms (JCCF) where Lich posed with Tom Marazzo. Lich’s defense relied on the fact that her lawyers were present at the event.

“The fact that we have to ask if Canada has political prisoners speaks to the state of our declining democracy,” Lewis’ email said. “But there seems to be no depth that Justin Trudeau and the Liberals will not sink to in order to control our thoughts, actions and even democratic institutions.”

“These events have sent tremors into the hearts of Canadians,” wrote Lewis. “Some of whom have picked up and left this country out of fear that we are descending into a full-blown dictatorship.”

Lewis has proposed that a two-thirds of members of parliament should have to approve the prime minister’s invocation of the Emergencies Act, a higher threshold than the simple majority in parliament required now.

“We never imagined our government would invoke the Emergencies Act without exhausting existing options and without a request from law enforcement–but that happened,” wrote Lewis. “We never conceived that Canadians could be targeted for their political views, their property confiscated and their bank accounts frozen out of a political vendetta.”