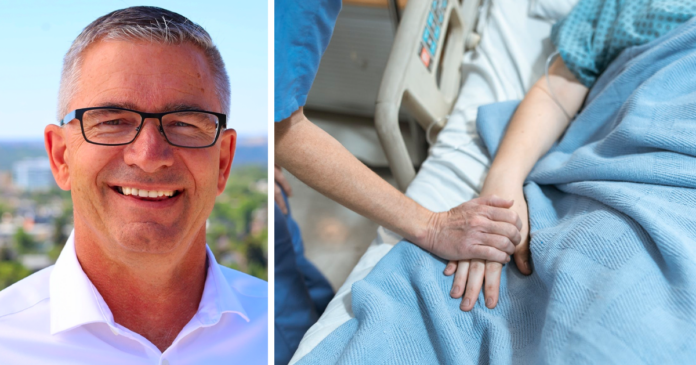 Parliament recently expanded assisted dying legislation to include the disabled, whereas previously, only those with a terminal illness were eligible. The Liberal government also expanded eligibility to those suffering solely with a mental illness beginning March 2023.

Legalizing and expanding doctor-assisted suicide creates a “slippery slope” as evidenced by the shifting conversation to protect those with mental illness, Toews said.

“(As Premier) I would do everything in my power to ensure that (assisted dying) isn’t offered to those who were suffering from mental illness,” Toews told True North.

“It’s one thing to offer (assisted dying) to somebody that’s terminally ill and in their last days… and now we see it applied to individuals who perhaps have years of life and where treatment options are available.”

Premier Jason Kenney’s former finance minister also said many people suffer from mental illness at one point in their life, but many are able to recover and lead healthy lives.

“And that’s the incredible risk with offering (assisted dying) to those individuals that suffer from mental health when they need to be offered hope.”

Sources told Global News the VAC service agent brought up medical assistance in dying unprompted in the conversation with the veteran seeking treatment.

A recent report from the Associated Press quoted secretly recorded audio from a London, Ontario hospital that appeared to show the director of ethics raising the subject of euthanasia with a disabled patient and saying the patient was costing the system “north of $1,500 a day.”

“That’s immoral,” Toews said. “That simply should be illegal to even mention the cost of services in that conversation.”

An internal Smith campaign poll from earlier this month shows Smith winning on the fourth ballot with 51.4% of the vote, followed by Toews with 28.5%, as reported by the Calgary Sun.

Assisted dying is becoming one of Canada’s leading causes of death. In 2021, Canada saw 10,064 cases of assisted death, representing 3.3% of all national deaths – a 32.4 % increase from the previous year.

In 2020, a report by the Parliamentary Budget Office estimated that each assisted suicide represented approximately $17,000 in savings on “end of life costs.”

Canadians are divided on whether those with mental health issues should be allowed to access doctor-assisted euthanasia, a recent Leger poll found.