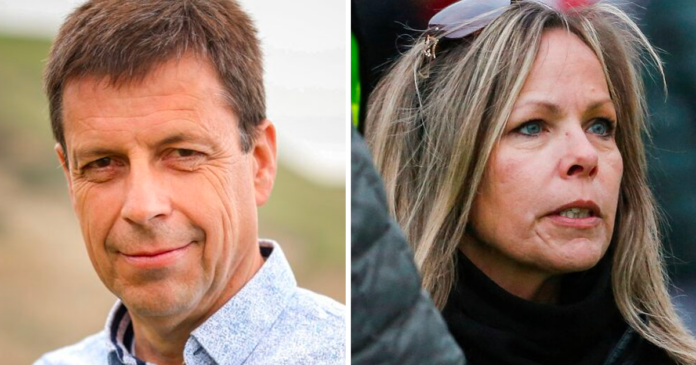 Lich was first arrested in February and let out on bail in March after being charged with mischief, counselling mischief and other charges related to the three-week convoy protests that took place in Ottawa in January and February.

On June 27, Lich was again arrested in her hometown of Medicine Hat after the Medicine Hat Police Service issued a Canada-wide warrant for her arrest. The Crown argued Lich had breached the terms of her bail.

Lich, who was primarily responsible for collecting convoy donations, had just returned to Alberta after accepting the Justice Centre for Constitutional Freedoms’ George Jonas Freedom Award in Toronto. She delivered a speech about freedom but did not mention the convoy.

After being denied bail, she was held in jail for nearly 30 days until July 26.

Loewen said Lich was not going anywhere and had not harmed anyone, yet the police wasted resources on tracking her down rather than going after real criminals.

The leadership candidate was speaking at the Western Unity group’s leadership debate in Lacombe, Alberta. Just Loewen, Brian Jean and Leela Aheer attended. Each candidate was given 20 minutes to pitch their policies to attendees.

The topic of Lich’s arrests emerged after Loewen pitched his plan to give Alberta some autonomy from Ottawa. Loewen wants a provincial constitution which has the benefit of property rights as well as a firewall between the province and Ottawa, he said.

He doesn’t have a problem with Danielle Smith’s controversial Alberta Sovereignty Act — legislation which would bar federal bills deemed harmful to Alberta — but he thinks the government can start saying “no” to Ottawa even before it might be passed.

Loewen also said ongoing cases to prosecute business owners and churches who breached Covid-19 restrictions are a “waste of energy,” especially considering provincial pandemic restrictions have been done away with.

There’s no need to be victimizing these people who’ve “been through enough,” he said, eliciting cheers from the crowd of a couple hundred people.

Jean briefly touched on the topic, saying he would not arrest any pastors if elected and that he would seek to exonerate people charged where he can.

In response to a question from the audience about vaccine mandates, Aheer said “I’m a pro-choice girl all the way I would never force you to do anything with your body that you don’t want to.”

UCP members have already begun receiving and sending back their mail-in ballots which are due October 4. Those votes will be tallied on October 6, the same day party members can vote in-person and results will be announced.

A Mainstreet Research poll conducted earlier this month found that Smith looks poised to win the Premiership with 44% support of party backers.

Another 20% said they backed Jean, followed by 19% for former finance minister Travis Toews and 7% for Loewen. Rebecca Schulz received 6%, Aheer had 3%, and Rajan Sawhney had 1%.

Editor’s Note: The article has been updated to reflect that the Medicine Hat police service executed the warrant on Lich, not the Alberta RCMP.