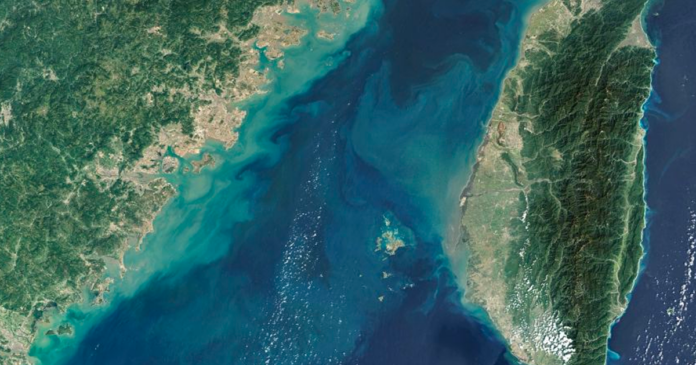 A Canadian Navy ship sailed through the Taiwan strait on Tuesday alongside a U.S. destroyer as Western nations attempt to enforce sanctions against North Korea.

Recently, tensions between China, Taiwan and the West have escalated following U.S. Speaker of the House of Representatives Nancy Pelosi’s diplomatic visit to Taiwan and U.S. President Joe Biden’s recent pledge to defend the island nation.

In a nationally televised interview on 60 Minutes, Biden enforced America’s strategic ambiguity if China were to invade Taiwan, saying that the U.S. military would defend Taiwan if China launched an attack against the island.

The Canadian ship’s journey through the Taiwan strait is part of a routine operation to enforce United Nations sanctions against North Korea.

Canada’s defence minister Anita Anand reassured Canadians that the mission’s completion is necessary to uphold peace in the Indo-Pacific region.

“Today’s routine Taiwan Strait transit demonstrates our commitment to a free, open and inclusive Indo-Pacific,” she said in a statement.

The PLA’s Eastern Theatre Command raised militant concerns with the mission, proclaiming that Chinese units were placed on high alert and actively monitoring the Canadian and American units.

Pelosi’s trip to Taiwan was followed by a diplomatic trip from a group of U.S. Congressmen, a trip that provoked the PLA to conduct another series of hostile military drills.

“We are concerned by recent and announced threatening actions by the People’s Republic of China (PRC), particularly live-fire exercises and economic coercion, which risk unnecessary escalation. There is no justification to use a visit as pretext for aggressive military activity in the Taiwan Strait.”

The PLA jets allegedly buzzed the Canadian CP-140 Aurora, flying dangerously close to the units so as to force the Canadian plane to change its flight path to avoid a collision.