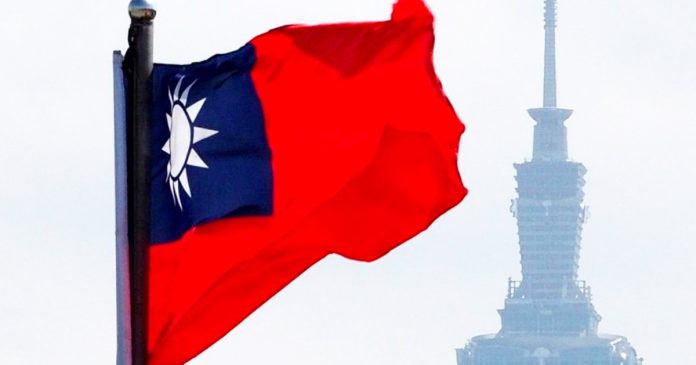 Taiwan is calling on the Trudeau government to deepen Canada-Taiwan relations with militaristic and economic contributions so that the island nation can head off growing aggression from Communist China.

Minister Wu made clear that Canada’s armed support directly contributes to Indo-pacific security, saying that the Canadian mission “shows Canadian interests in maintaining peace and stability in this area.”

“We hope the Canadian government can continue to do that, to show it is taking actions to make sure the emphasis on peace and stability in the Taiwan Strait is backed up by action.”

One of the top ways Taiwan says Canada can help them defend their autonomy against the Chinese regime is to establish a Canada-Taiwan trade deal.

Since 1970, Canada has adopted a policy of strategic ambiguity concerning diplomatic relations with Taiwan in order to please China, as they view Taiwan as a rebellious breakaway province whose rightful ruler is the Chinese Communist Party (CCP).

In recent months, the CCP has amped up their hostility towards Taiwan as U.S. Speaker of the House of Representatives Nancy Pelosi visited the Taiwanese president, followed by a U.S. delegation of Congressmen weeks later.

The trips to Taiwan prompted the People’s Liberation Army to launch live-fire military exercises – firing Dongfeng missiles into the Taiwan strait, flying warplanes into Taiwan’s airspace and deploying warships around the island.

Despite this, Canada and Taiwan have been in talks to pursue a foreign investment protection agreement (FIPA) to ensure legal protection for Canadians and Taiwanese looking to invest in one another’s country, encouraging more trade.

Minister Wu says that Canada agreeing to a FIPA would be a “big item” for the Taiwanese, as FIPAs are usually the precursor to a free-trade agreement between countries.

Such an agreement would hamper China’s concerted effort to exclude Taiwan from the international community, as only a handful of countries formally recognize Taiwan and are excluded from international venues like the United Nations and the World Health Organization.

Countries that do not formally recognize Taiwan and instead abide by the One China Policy have been coming to the island nation’s defence amid mounting aggression from the CCP.

The G7 countries collectively issued a statement condemning China’s hostility towards China, asking the CCP to refrain from destabilizing the Indo-Pacific region.

In an interview on 60 minutes, U.S. President Joe Biden said that U.S. forces would defend Taiwan in the event of a Chinese invasion, shattering decades of geostrategic ambiguity.