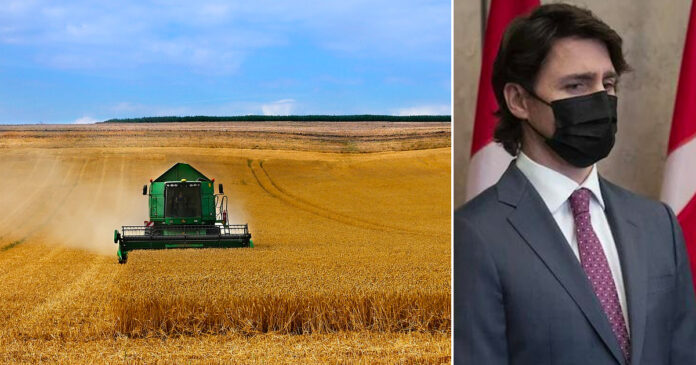 Robert Saik, Founder and CEO of AGvisorPRO, told the House of Commons Environment Committee on Oct. 4 that a 30% reduction in agriculture emissions would amount to a cut of only 0.0028% of 1% to global greenhouse gases.

First introduced in their 2020 climate plan, the Liberals devised a target to cut greenhouse gas emissions from fertilizer use by 30% below 2020 levels by the year 2030.

According to Saik, the plan does not take into account how much CO2 emissions farmers already capture through existing practices.

As exclusively reported by True North, the Liberal government branded Canadian farmers as being among some of the worst emission offenders when it comes to fertilizer use in an Agriculture Canada report released in April.

“Farmers capture 132% of their total CO2e emitted, and when you take soil into account, that’s 150%. This grain is being shipped internationally, meaning that Canada’s crop farmers are 30 million tonnes of CO2e to the positive,” said Saik.

“It’s far better for us to be given incentives, carrots rather than sticks, than to be told to reduce our nitrous oxide by 30% when we’re already among the most highly efficient nitrogen farmers in the world.”

Agriculture minister Marie-Claude Bibeau has tried to dismiss concerns from farmers as feeding into so-called misinformation but has yet to address concerns about how the targets would impact yields or doubts about the accuracy of measuring emission from fertilizer use.

“There are a number of measurement devices that are being experimented with right now. If I was asked categorically if there was one that you would depend upon, I would say no,” said Saik.

“They’re still trying to do regression analysis to find out if these measurement devices…. Satellite imagery to ascertain carbon in soils is still a long way off.”

“I would like to know where they got their facts from,” said Jochum. “I believe those facts were entirely made up because in Canada we don’t even have a baseline as to what the true emissions are.”A recent poll found that 72% of farmers have concerns that their crop yields and food production would plummet should they follow through with the voluntary reduction target.