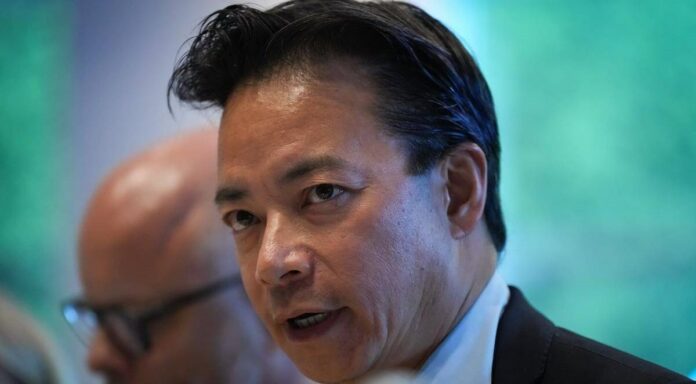 Running on a platform that included plans to hire 100 more police officers, Ken Sim was elected the new mayor of Vancouver on Saturday beating out incumbent mayor and former NDP MP Kennedy Stewart.

Sim’s election came after a heated race that largely centred on public safety and homelessness, with Sim declaring the city “in crisis”. Having received 49% of the vote, Sim will be the city’s first Chinese mayor.

“The path to get here was incredibly long – 135 years after the first Chinese head tax was paid just for the right to come here and work on building a railway, Vancouver has elected its first Chinese mayor,” said Sim.

“The history of this moment isn’t lost on me. But the honour really goes to those whose shoulders I stand on.”

Prior to winning the mayoral seat, Sim received the endorsement of the Vancouver Police Union. Throughout the campaign, Sim took shots at Stewart and his government for kowtowing to protestors and moving to defund the Vancouver Police Department in 2020 – a plan which ultimately failed after the provincial government ordered that the funds be restored.

To deal with the spike in crime and random assaults, Sim has pledged to boost the number of active police officers by 100, to require officers to wear body cameras and to reintroduce police liaisons to schools.

“100 new police officers and 100 new mental health workers is (my) commitment, 25 counsellors is the Kennedy Stewart commitment,” said Sim on Sept. 21. “Vancouver needs leadership that recognizes the fact that our City is in crisis.”

“I heard clearly that community safety is the top issue for Langley City followed closely by affordable housing and addressing homelessness. So I look forward to working with our new council. We have a mix of incumbents and new faces, about 50-50,” said Pachal.

Other notable results include the defeat of controversial Victoria city councillor Ben Isitt, who made headlines for wanting to pass off the funding of local Remembrance Day celebrations to Veterans Affairs Canada and trying to cut funding for Christmas decorations.

On the school board front, Chilliwack saw long-time trustee and critic of gender ideology in schools, Barry Neufeld, lose his seat.
Meanwhile, the newly-established municipal electoral organization ParentsVoiceBC elected three school trustees – two in Nechako Lakes and one in Chilliwack.