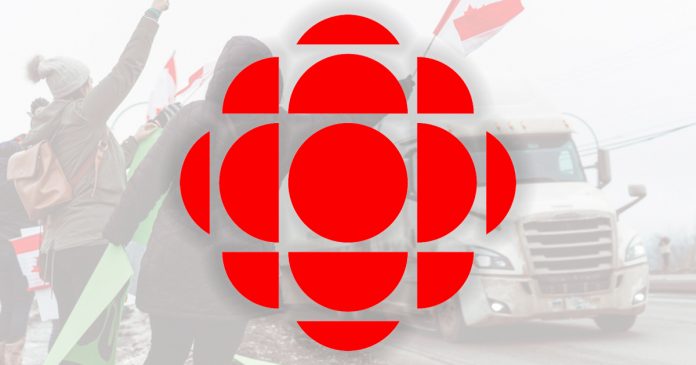 Lawyers representing Freedom Convoy protestors want legacy media outlets like the CBC to take the stand at the Public Order Emergency Commission for what they describe as fake and misleading reporting on the movement earlier this year.

As first reported by Blacklock’s Reporter, the Justice Centre for Constitutional Freedoms wants the CEO of CBC, Catherine Tait, to answer for the public broadcaster’s coverage of the convoy.

Kheir’s submission cited the testimony of Ontario Provincial Police (OPP) Supt. Pat Morris who criticized media reporting on alleged extremism and violence that wasn’t substantiated by the facts on the ground.

“Supt. Morris’ evidence made it clear that members of the media were reporting unsubstantiated and false claims. As the head of Canada’s national broadcaster, Ms. Tait should answer questions on her organization’s role in perpetuating misinformation,” explained Kheir.

The request by the JCCF alongside the Democracy Fund and Freedom Corporation comes following a report by the Commission which found that the media played a big role in disseminating inaccurate information about the convoy.

“A question for the Commission would be who the key social media actors were who seeded the convoy movement, both individual and media, and who amplified it,” wrote the report titled Mis-, Dis- and Malinformation And The Convoy: An Examination Of The Role And Responsibilities Of Social Media.

Inaccurate reports spread by the mainstream media at the height of the convoy protests included the far-fetched claim that Russia was involved in organizing the movement.

As exclusively reported by True North earlier this month, CBC Ombudsman Jack Nagler found that the public broadcaster breached its journalistic standards by linking Russia to the Freedom Convoy.

“Instead, Power & Politics presented its question without attribution. It was not clear to viewers whether anyone was offering evidence that Russia was involved in the convoy – or why they would have such a concern. As*king the question in this way left room for people to surmise that CBC believed such evidence existed.”

Other misleading reports by legacy journalists included allegations that convoy protestors were involved in an unrelated arson attempt at an Ottawa apartment building.