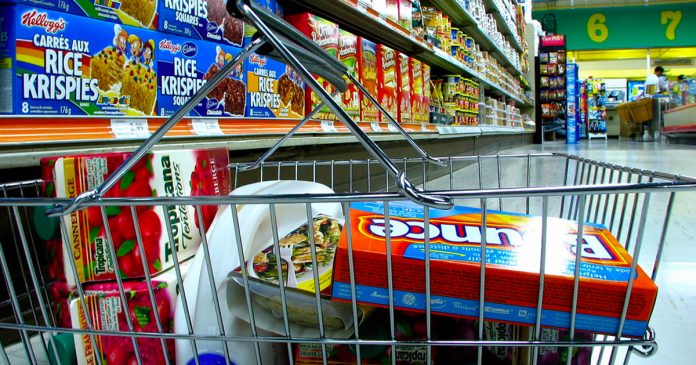 Low income households are struggling to put healthy food on their tables due to rising costs of living, according to a new report from Ottawa Public Health.

Survey results from the 2022 Nutritious Food Basket (NFB) show that some households living on low or fixed incomes even had to go hundreds of dollars into the red to afford a nutritious diet while also paying for rent.

“The results of the NFB survey consistently show that individuals and families living on fixed or low incomes do not have enough funds remaining at the end of the month to afford their bills while also putting healthy food on the table,” wrote analysts.

“Families often choose between paying for fixed expenses (such as rent and utilities), other necessities (such as clothing, childcare, medication, transportation, and dental care) and buying groceries.”

The survey, which will be presented to the public on Nov. 23, showed that families of four on the Ontario Works benefit earning $2,760 a month were left with negative $209. Average rents of $1,881 amounted to 68% of that bracket’s income.

When it comes to one person households on Ontario Works earning $863 a month, both the cost of rent and groceries left them with negative $588 each month. In fact, renting one bedroom cost them $1,059 or 123% more than their entire income.

Meanwhile, single households on the Ontario Disability Support Program spent a vast majority of their $1,309 in income on rent. The average rent of $1,280 cost these households 98% of their income, leaving them in the negative for $363 after groceries.

Minimum wage earners with families of four also saw tight budgets this year with 47% of their monthly income going towards paying an average monthly rent of $1,881. When taking into account an estimated grocery bill of $1,088, they were left with $1,004 for other necessities each month.

The NFB takes into account dozens of food items based on individual needs to calculate the cost of a nutritious diet. It does not take into account items such as personal care items, processed food, eating out, infant food or special dietary needs.

High costs of food have left many Canadians who are struggling with no choice but to resort to accessing a food bank. A recent report by Food Banks Canada shows that a record 1.5 million Canadians accessed a food bank in March of this year.

In comparison, as exclusively reported by True North in August, the grocery bill for Prime Minister Justin Trudeau’s Ottawa household reached a whopping $12,125 in July. 2021 while reporting an average cost of $7,861 through March and September of last year.