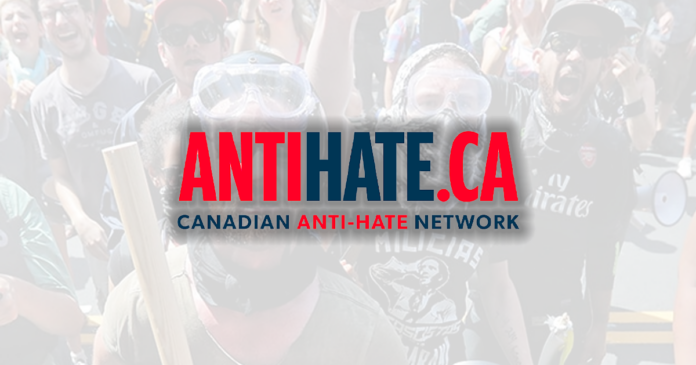 A recent ruling by an Ottawa small claims court states that the Canadian Anti-Hate Network (CAHN) “did in fact assist” the far-left extremist group Antifa.

The judgment was the result of a trial between journalists Jonathan Kay and Barbara Kay and CAHN Director Richard Warman.

“The evidence disclosed that CAHN did in fact assist Antifa and that the movement has been violent. The Kays submission, which I accept, is that a human rights network like CAHN arguably (except in the most extreme circumstances) should not support a violent movement, and to do so, to most reasonable observers, would not be a ‘good look’,” the judgment states.

“While Warman is well known as a righteous crusader against white supremacy and right-wing racist hate and has been recognized and appropriately lauded for his work, he is also a controversial figure and I accept the evidence of the Kays that he has used litigation to silence or intimidate those he sees as his critics, or who oppose his methods of prosecuting hate groups.”

According to Jonathan Kay, litigation was “expensive and time-consuming.”

“I felt it was important because (CAHN) was a govt-grant recipient (same “anti-racism program used to cash out Laith Marouf),” wrote Kay on Twitter.

True North reached out to CAHN for comment on its alleged support for the violent extremist group Antifa.

“The Canadian Anti-Hate Network was not the plaintiff, Richard Warman was. The judge didn’t call antifa a violent extremist group. Those are your words, and they are untrue,” wrote CAHN in an emailed statement.

“Neither Richard Warman, nor the Canadian Anti-Hate Network, have ever “funded violent antifa,” as claimed by the Federalist article which the Kays shared on Twitter. That is a lie. CAHN has never funded or supported violence of any sort, directly or indirectly.”

At the height of the Freedom Convoy protests in February, the organization’s chair Bernie Farber spread the false claim that an anti-Semitic flyer originally found in Miami was circulating among protestors.

“Taken by a friend in Ottawa at the Occupation,” said Farber in a since-deleted tweet on Sunday. “Apparently in plain sight.”

In reality the photo was posted to Twitter by a US resident two weeks prior to the protest.

“Can you explain why the (chair) of your organization was claiming that this photo was being circulated at the protest when in fact it was a photo from a completely different country weeks before the protest?” asked Conservative MP Dane Lloyd.

“Bernie was not aware that the photo itself was taken from an American source,” claimed Balgord.

“What the person was trying to communicate to our organization was that they saw the same flyer but they had attached the photo from the states so it was our error in not communicating that more clearly.”