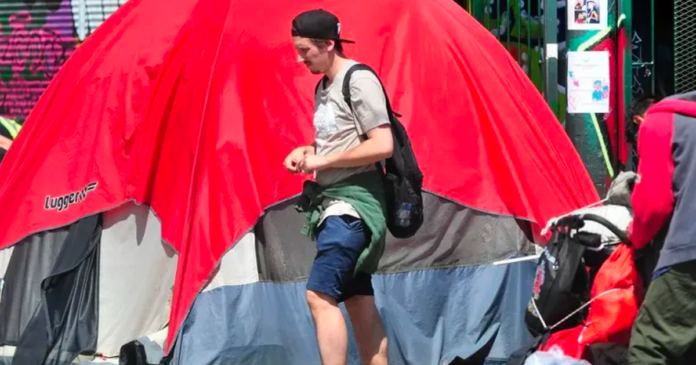 The Liberal government is dumping billions to fight homelessness but can’t explain whether the funding has helped get people into homes.

A recent report by Auditor General Karen Hogan found that federal ministries didn’t have any data to substantiate the hefty spending.

Both the Canada Mortgage and Housing Corporation (CMHC) and Infrastructure Canada couldn’t explain how the $4.5 billion divided out across various programs was bettering the housing crisis, according to the A-G.

“One of my biggest concerns is the lack of federal accountability for achieving Canada’s target to reduce chronic homelessness by half by 2028,” said Hogan in a press release that came out Wednesday.

“Infrastructure Canada and the Canada Mortgage and Housing Corporation should be coordinating their efforts to deliver on the National Housing Strategy’s objectives and get a roof over the heads of individuals and families.”

Additionally, the audit found that rental housing programs introduced by the federal government weren’t actually within the means of the low-income or vulnerable Canadians they were meant to assist.

“Despite being the lead for the National Housing Strategy and overseeing the majority of its funding, the Canada Mortgage and Housing Corporation took the position that it was not directly accountable for addressing chronic homelessness,” the report explained.

These findings are similar to those of a recent report by the Vancouver Police Department, which found that despite receiving billions in social safety spending, the homelessness crisis in the city has only gotten worse.

An exclusive first-hand report by True North’s Sue-Ann Levy explored the state of Vancouver’s notorious Downtown East Side, which has become a hot-spot for homeless encampments and an open drug market.

“This is proof of the harm of safe injection sites, a permissive out-of-control drug culture, politicians who have let the problem escalate and social justice do-gooders who are doing more harm than good,” wrote Levy.