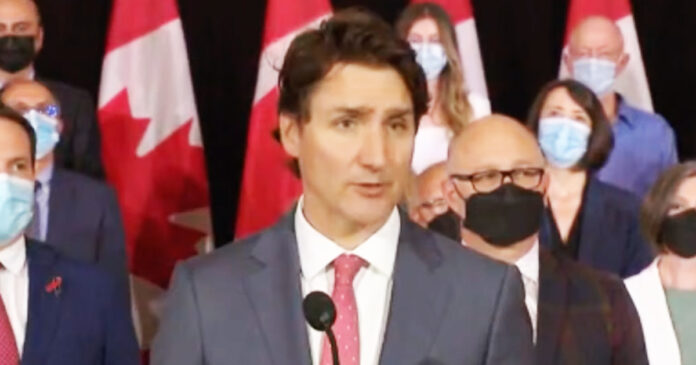 With no acknowledgment of its chicanery, the Liberal government of Prime Minister Justin Trudeau is now covertly gunning for grandpa’s varmint rifle as though it tops the gangbanger’s wish list.

In committee last week for a pending gun control bill, Liberal MP Paul Chiang introduced an amendment that would effectively criminalize millions of firearms currently in use with Canadian hunters.

The amendment proposes to ban “a firearm that is a rifle or shotgun, that is capable of discharging centre-fire ammunition in a semi-automatic manner and that is designed to accept a detachable cartridge magazine with a capacity greater than five cartridges of the type for which the firearm was originally designed.”

Also tabled was a 478-page amendment banning thousands of additional Canadian firearms by name. This included the SKS, a Soviet-designed surplus rifle that has long been a favourite of Canadian sports shooters, with around 200,000 owners.

It’s a massive expansion of a gun control bill that was initially pitched mostly as a way to prevent the sale of Canadian handguns into criminal hands. Literature accompanying the first draft of Bill C-21 made no mention of plans to target legally-owned long guns.

Semi-automatic rifles and shotguns are extremely common as Canadian hunting arms, which is why firearms advocates say the ban would apply to millions of guns currently in active use with Canadian hunters and sport shooters.

“The majority of Canada’s 2.2 million licensed firearms owners will now be criminalized, should these amendments to Bill C-21 become law,” read a statement by Tony Bernardo, executive director of the Canadian Shooting Sports Association.

Tracey Wilson with the Canadian Coalition for Firearms Rights called it the “largest gun ban in Canadian history.”

The Liberals, of course, hold very few seats in the prairies—zero, for example, in Saskatchewan—where hunting is ingrained in the Canadian heritage.

Fact is, the Liberals have been caught in their trickery, but could care less.

In May 2020, Trudeau announced an immediate ban on what he called “military-style assault weapons.” The Liberals portrayed this as taking “weapons of war” off the streets.

“You don’t need an AR-15 to take down a deer,” Trudeau famously said.

If he had stopped there, arguments against would have been muted and likely over by now. But he didn’t.

His true sights honed in last week with that amendment. His target has vastly expanded to include grandpa’s groundhog rifle.

Public Safety Minister Bill Blair called it an “evergreen law,” which means it will automatically update like a smart phone overnight.

This makes it even more outrageous.

It means you could go to bed one night as a law-abiding citizen and wake up in the morning as a criminal—as in owning a now-banned weapon.

Without a vote and without a say.

In a column for the CBC, Toronto lawyer Jay Nathwani wrote, “the policy is not merely a failure on its own terms, as gun control; more importantly, it is the kind of policy that is corrosive of trust among Canadians.”

In his remarks, Trudeau asserted that firearms designed “to kill the largest number of people in the shortest amount of time” have “no place” in Canada.

“Most Canadians would agree with that sentiment,” wrote Nathwani, “but many might not be aware that the law already addresses what is arguably the most significant risk: magazine capacity.”

So the new law will be a vast overkill.

In the end, it still doesn’t explain why and how grandpa’s varmint rifle fits in.