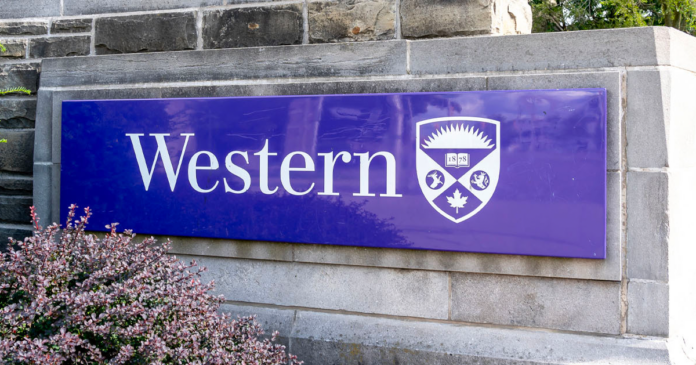 University of Western Ontario students tell True North they’re happy to see the school end its controversial vaccine mandate, but also say that the university should end mandatory masking and issue an apology.

On Tuesday Nov. 29, Western quietly ended its vaccination policy that would have required students to take a booster shot by Jan. 9, 2023.

“Based on the latest consultation with our medical experts and local public health, we are revoking our vaccination policy and will no longer require students, employees, and visitors to be vaccinated to come to campus,” Western wrote on its website.

However, Western also said it will continue to require people to wear masks in instructional spaces for the foreseeable future, claiming that it made that decision following “careful consultation with health experts and members of our community.”

Western students reached out to True North to express their relief over the lifting of the vaccine mandate.

Aidan Haskell, a fourth year engineering student who sought legal counsel over the mandate, told True North “Praise the Lord” when asked his thoughts on the vaccine policy ending.

He added that the latter was something he and many others had been praying for. Haskell also said that “although (the mandate) never should have been put in place to begin with, I was grateful and relieved to see Western revoke its policy.”

He also criticized Western’s decision to maintain the mask mandate, calling the decision “ridiculous and authoritarian”.

“The reason I oppose (the mask mandate) is because it is not based in truth,” Haskell said, adding that “currently I do not wear a mask on campus, and I would encourage other students not to as well… the mask has become a symbol of submission, and a sign of surrender.”

Haskell believes Western should “reinstate all students who were removed for their vaccine status,” and “issue a public apology regarding their treatment of these students.” Furthermore, he says the student union should “seek to prevent these measures from happening in the future,” but does not believe this will happen.

True North also heard from second year physical therapy grad student Julie Pranger, who believes that Western ended the vaccine mandate because “they didn’t have the societal support for it any longer, and it was damaging their reputation.”

She also slammed Western’s decision to maintain mandatory masking, claiming the school did so because they “can’t give up complete control.” Pranger believes that “masks teach us that we need to be afraid of the virus, which is what allowed all these mandates to be tolerated by people in the first place.”

Pranger says Western should acknowledge that it was wrong to mandate vaccination, in addition to re-accepting “anyone who dropped out because of the mandate but wishes to come back.”

She also noted that some students chose to take the Covid vaccine because “they were in a vulnerable position,” explaining that “as a student, if you lose your education, you lose out on all potential careers in that area. Even this year so many students were anxiously waiting to see if the mandate would be dropped and could not plan for their futures”

Western’s announcement in late August that it would be mandating vaccines and masks caused outrage. It also led to the creation of a campaign called Enough is Enough Western, which organized a protest against the mandates on campus earlier this year.

Following Western’s reversal Tuesday, Enough is Enough also called for the university to apologize, reinstate students who were deferred, expelled or dropped out, as well as offer back pay to staff who were suspended over the mandate.

True North reached out to Western University for comment, but did not hear back in time for publication.