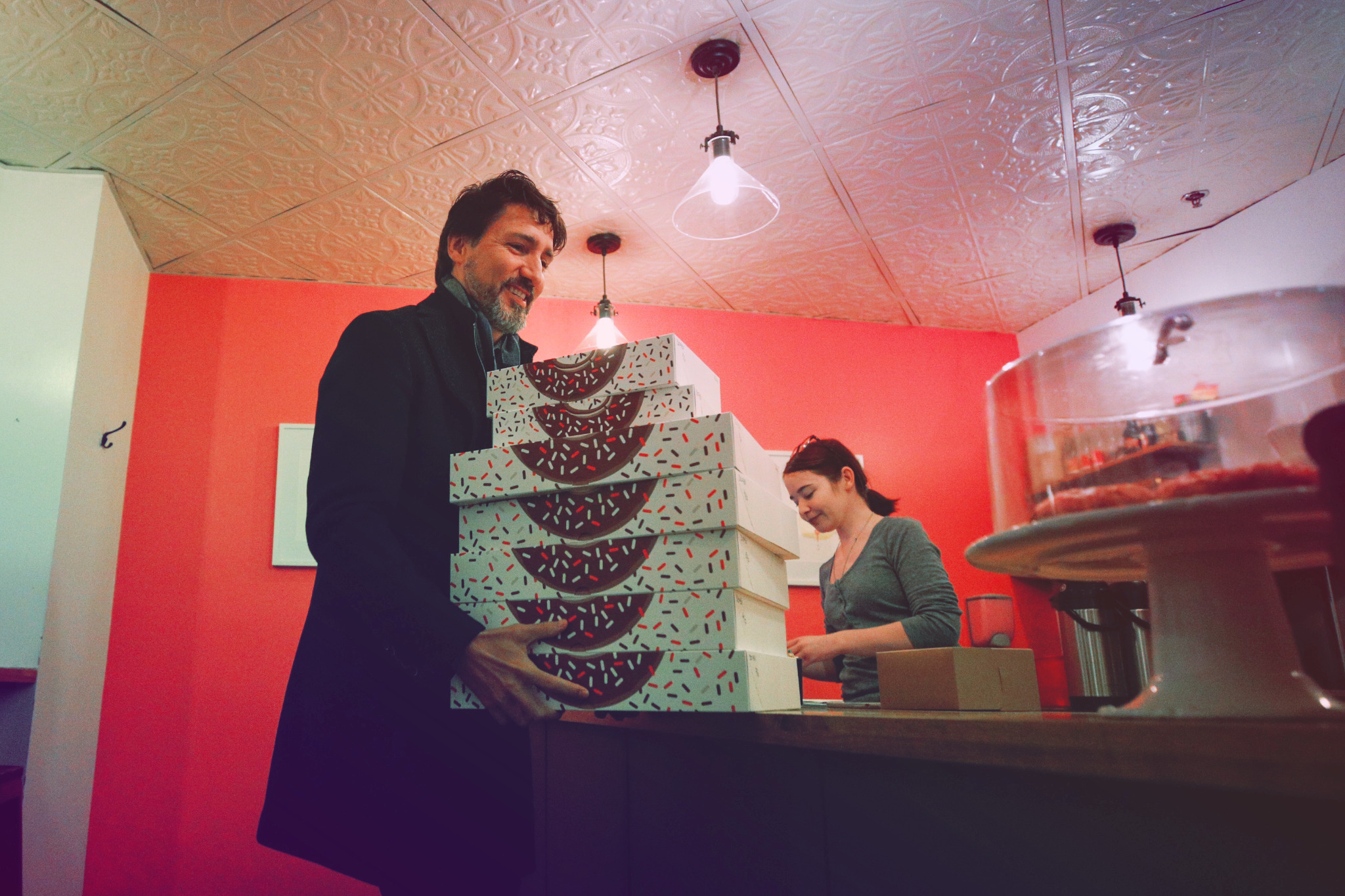 You can’t fight for the middle class on an empty stomach.

Prime Minister Justin Trudeau cheerily tweeted a photo of him hauling seven boxes of doughnuts from a Winnipeg bakery to “keep us going through another full day of Cabinet meetings.”

Trudeau’s bakery of choice, Oh Doughnuts, specializes in gourmet doughnuts that can cost upwards of $47 per dozen – nearly five times the price of the standard Canadian office fare, a $9.99 box of twelve doughnuts from Tim Hortons.

According to the shop’s website, regular doughnuts, including some vegan options, can be purchased for $35 a dozen while speciality doughnuts run $47 for 12. You can also “upgrade” beyond that for $1.25 each. No word yet on whether Trudeau splurged for the extra sprinkles.

The Liberal cabinet is currently on a three-day retreat in Winnipeg where the Trudeau team is expected to discuss such things as growing the middle class, gun control and reconciliation.

As part of his new cabinet, Trudeau appointed Mona Fortier as the new Minister of Middle Class Prosperity.

Both Trudeau and Fortier have had trouble with providing a definition for the term “middle class.”

In one year-end interview on Breakfast Television, Trudeau said only that “Canadians know” what middle class is when asked what it means.

During her first interview as minister for the middle class, Fortier said sending your kids to play hockey was part of it.

“I define the middle class where people feel they can afford their way of life, they have quality of life and they can send their kids to play hockey or even have different activities,” said Fortier.