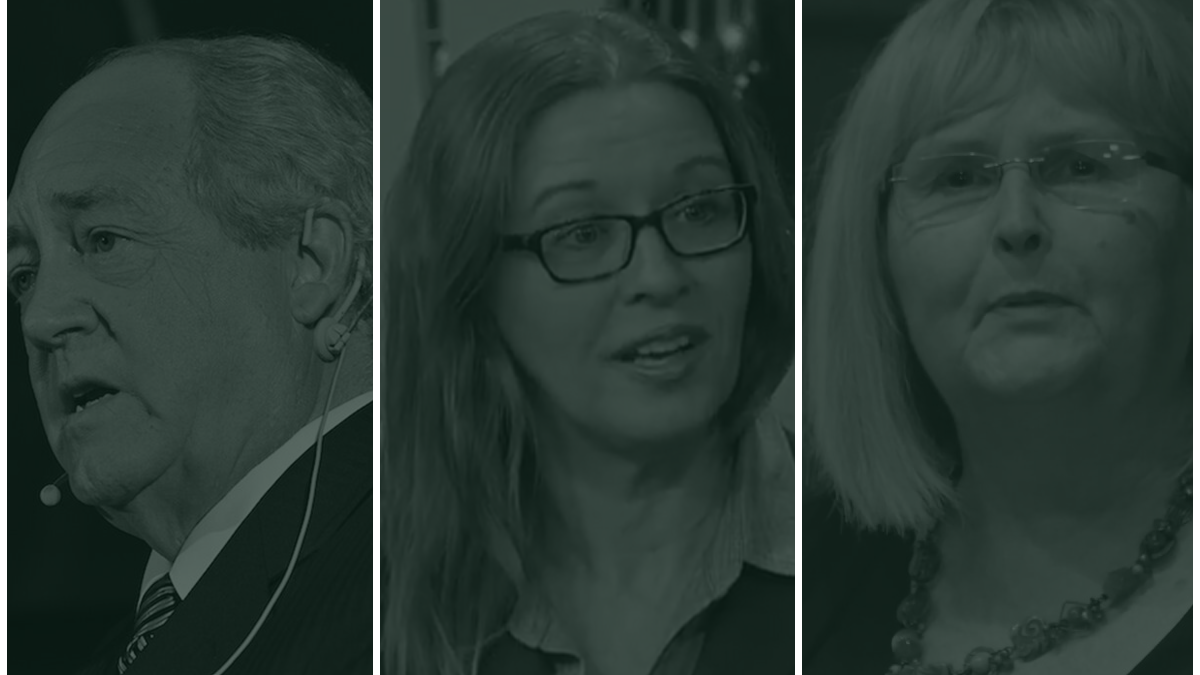 On Friday, the City of Regina announced they were cancelling a keynote presentation by climate skeptic Patrick Moore, effectively caving to pressure from climate activists who don’t believe there’s room to question anthropogenic climate change.

The de-platforming of Moore is not a total outlier – environmental writers and researchers who do not parrot the usual climate change talking points have been cancelled a handful of times in the recent past.

Patrick Moore, a founding member of Greenpeace, has a PhD in Ecology and brands himself a “Sensible Environmentalist.” He denies that climate change is primarily caused by human activity, and maintains that carbon dioxide is not a toxic pollutant, but a “life-giving substance” that should be celebrated.

Moore was invited by the City of Regina to deliver a keynote presentation at their Reimagine Conference in May 2020. His scheduled talk was titled “Fake, Invisible Catastrophes and Threats of Doom.”

However, Regina Mayor Michael Fougere claimed that Moore’s views were “problematic,” and an online petition calling for Moore to be disinvited collected over 2,250 signatures.

On Friday, it was announced that Moore was uninvited from the sustainability conference.

“I have been de-platformed, cancelled, and round-filed by the great City of Regina for daring to question the God-Given wisdom of the catastrophists. Actually, I don’t want to be part of such a stupid exercise. It’s impossible to make a city 100% renewable,” Moore stated on social media, in response to being cancelled.

In October 2019, independent researcher and writer Vivian Krause was set to be the keynote speaker at an International Association of Business Communicators (IABC) conference in Banff.

Krause researches the foreign funding of anti-pipeline activism in Canada. She was to deliver a presentation on how to “communicate effectively in high-stakes, emotionally charged situations.”

IABC organizers told the Star Edmonton that they were having trouble connecting with Krause “despite repeated efforts,” though Krause proved this false in a blog post. It turns out IABC member Jody Macpherson was publicly advocating for Krause to be de-platformed.

Macpherson took to Twitter to call Krause a “conspiracy theorist” and “climate change denier,” saying she has requested the IABC perform an ethics review of Krause’s work. She wrote, “When we give a platform to conspiracy theorists & those who discredit respected charitable organizations for political gain, when we allow climate change deniers to be held up unchallenged as examples of our profession, we do the communications profession a grave disservice.”

Despite being cancelled, Krause was graceful. She posted on social media that she wishes the IABC “a successful conference & all the very best with its important work”, and that she hopes “the IABC learns from this situation and that it does not happen to anyone else.”

Dr. Susan Crockford purged from from the University of Victoria over polar bear research

Zoologist Dr. Susan Crockford is an accomplished scholar who specializes in animal bone identification, and has written five books about polar bears. Although environmental activists claim polar bear populations are at risk due to climate change-induced melting of sea ice, Crockford counters that polar bears are not threatened with extinction and that they are in fact thriving.

No reasons were provided, leading Crockford to conclude she was purged “in order to suppress views on polar bears and related climate change issues.”

There was an earlier sign that the university was uncomfortable with Crockford’s research. She had been part of the UVic Speakers Bureau for several years, delivering lectures to schools and community groups. One of her presentations was about the origins of domestic dogs, and the other was titled “Polar Bears: Outstanding Survivors of Climate Change.” But in 2017, she was banned from the Speakers Bureau for not confirming she could “represent the university.”

Crockford told the Financial Post the revocation of her position was “an academic hanging without a trial, conducted behind closed doors.”