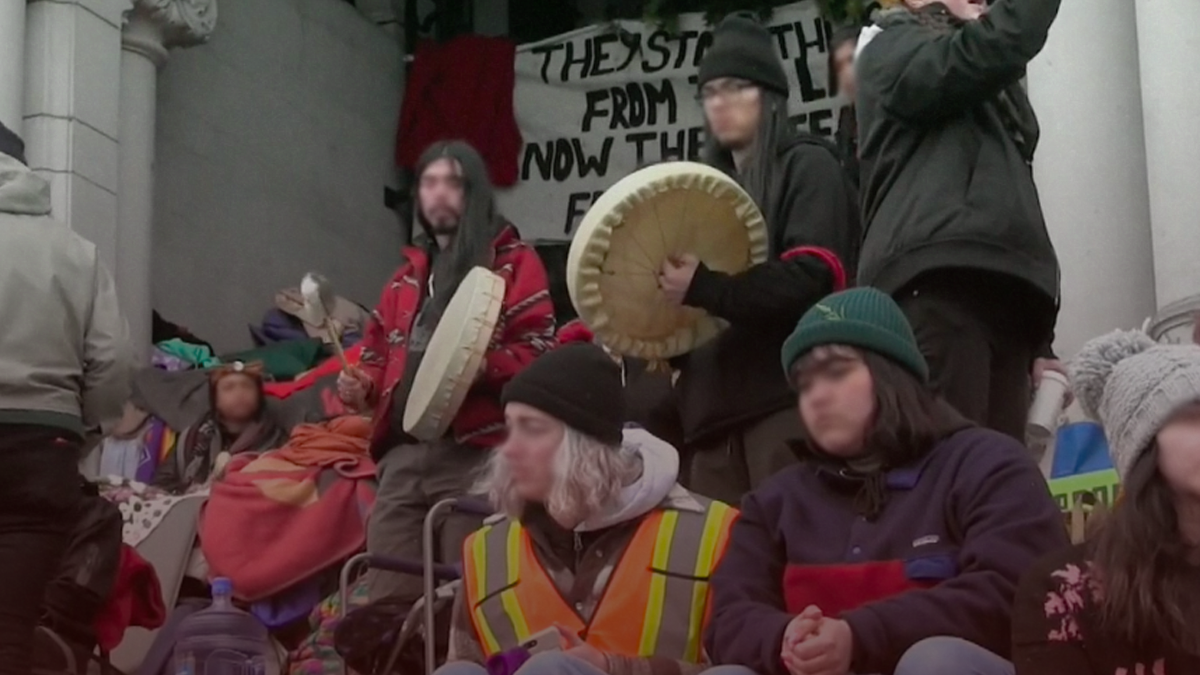 Dozens have been arrested throughout B.C. as climate protesters occupy ports and railways in a dispute over the proposed Coastal GasLink LNG pipeline.

Police arrested 43 on Monday as protesters occupied the entrances to the Port of Vancouver.

At 5:30 a.m. Monday, protesters blocked access to the Port of Vancouver at the intersection of Hastings and Clark streets. Shortly after a fire was started in the middle of the street.

By 8:00 a.m. police had cleared the demonstrators from the road and made arrests, by mid-morning the access to vehicles was restored.

“Forty-three people were arrested after they refused to abide by the court order and did not clear access to the Port after requested by police. All 43 people have been released with conditions to abide by the injunction,” Vancouver Police Sgt. Aaron Roed said in a statement.

“The entrances were cleared without any major incidents.”

The Port of Vancouver is the largest port in Canada and the third-largest in North America.

The same morning, police broke up a blockade set up by protesters at the Port of Delta, arresting 14. Protesters had been occupying the port since Saturday.

Since Saturday, protesters have been blockading the railways in New Hazelton, stopping all rail access to Prince Rupert and Kitimat. CN Rail says that nearly 200 trains have been affected by the disruption.

CN Rail Vice-President Sean Finn says that by protesting on the train tracks, the demonstrators are posing a significant safety concern.

“We recognize the right for our First Nation partners to protest, but we think occupying the main line is not a safe thing to do,” he said.

The protesters are allegedly acting in solidarity with a handful of Wet’suwet’en hereditary chiefs protesting the construction of the Coastal GasLink LNG pipeline in northern B.C.

Both elected and hereditary First Nation chiefs have said the Coastal GasLink will bring jobs to their community and the project has the support of most Wet’suwet’en.