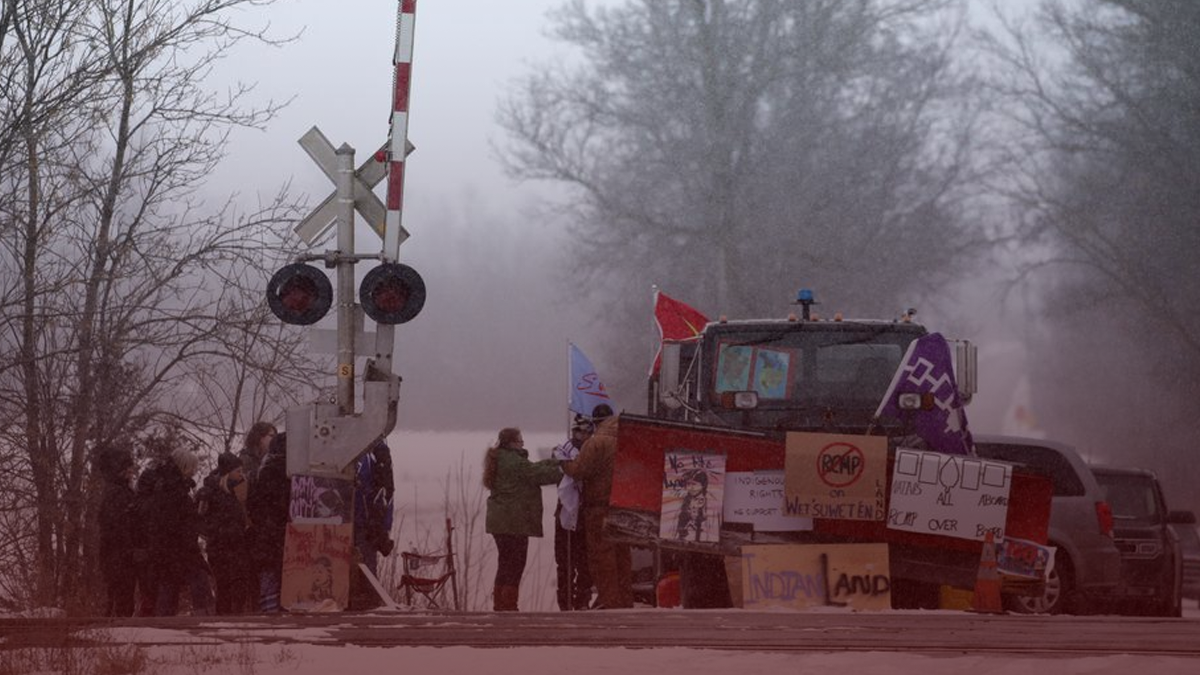 Despite the federal government’s refusal to break up the blockades disrupting road, rail and marine routes across the country, Canadians support immediate intervention, a new poll shows.

The poll, conducted by Ipsos, found 61% of Canadians believe that the current blockades of railways and other transportation corridors are unjustified. 53% of respondents also support police intervention to break up the blockades.

“The first takeaway is that Canadians are not pleased to see ports and railways blocked.

Only 39% support the blockades, with 28% opposing any police intervention.

For nearly three weeks, protesters have blockaded railways near New Hazelton, B.C., cutting off rail access to the important port of Prince Rupert. Ally protests across the country have cropped up since, including a blockade of the CN corridor near Belleville, Ont., preventing movement by rail between Ontario and Quebec.

Other rail blockades have also sprung up in Coquitlam B.C., Vaughan, Ont., and Kahnawake, Que.

As much as $850 million worth of manufactured goods are sitting idle across Canada, and dozens of ships are waiting off the west coast to unload their cargo.

Bricker noted Canadians feel Indigenous rights and the blockades are separate issues. While Canadians have sympathy for the plight of First Nations Canadians, few feel that stalling Canada’s economy is justified.

Many of the protesters are not from Indigenous communities themselves.

The original blockades started at the Coastal GasLink pipeline construction site, a project which has the support of all 20 First Nations in the area.

“These protests have nothing to do with Indigenous communities,” True North fellow and former police officer Leo Knight said.

“In fact, they are harmful to the 20 First Nations along the pipeline route who support this pipeline and stand to benefit greatly from its construction. What we are seeing across the country is anarchy and the flouting of the rule of law.”