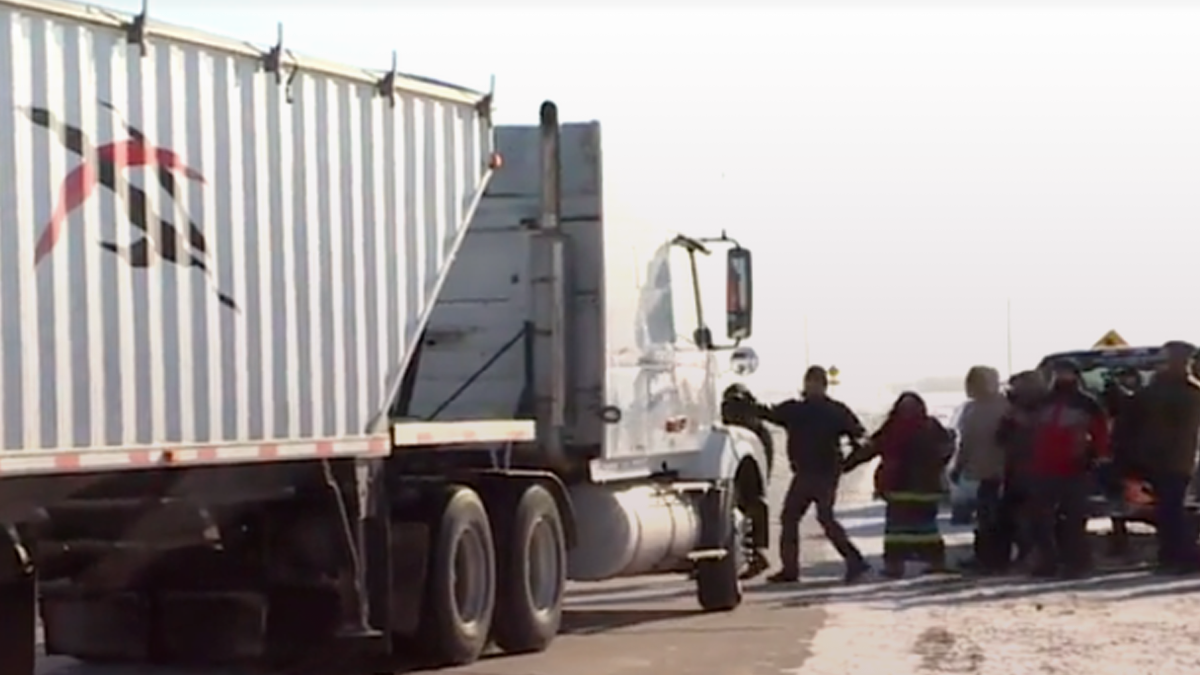 The RCMP is investigating a driver who allegedly hit a protester who stepped in front of his truck at a blockade on Manitoba’s Highway 75.

The group was blocking traffic and detaining drivers attempting to pass through.

Video footage shows a truck swerving to avoid two protesters standing in the way, followed by another two people running out in front of the truck attempting to stop it.

Police say they stopped the driver after the incident and let him go after collecting his information.

According to Manitoba RCMP, police are reviewing the footage and investigating the driver but have yet to press any charges.

The protest was part of a larger national effort to cripple Canada’s economy by blockading rail and other infrastructure.

Many illegal blockades have had court injunctions filed against them but RCMP officers have yet to enforce the orders.

Protesters, who claim to be in support of a few hereditary Wet’suwet’en chiefs who oppose the BC LNG pipeline, have virtually brought all passenger train traffic in Canada and much of the country’s commercial train traffic to a standstill.

Via Rail announced Wednesday it would be temporarily laying off nearly 1,000 workers as a result of the blockades.

In response to the crisis, Prime Minister Justin Trudeau has called for dialogue with the chiefs but has failed to secure a meeting between the two parties.

Yesterday Trudeau met with opposition parties but decided to bar Conservative Party leader Andrew Scheer from attending the meeting for what he called “unacceptable” comments made during a speech in the House of Commons.

In his speech, Scheer called on the federal government to immediately put an end to the illegal blockades and restore the rule of law.