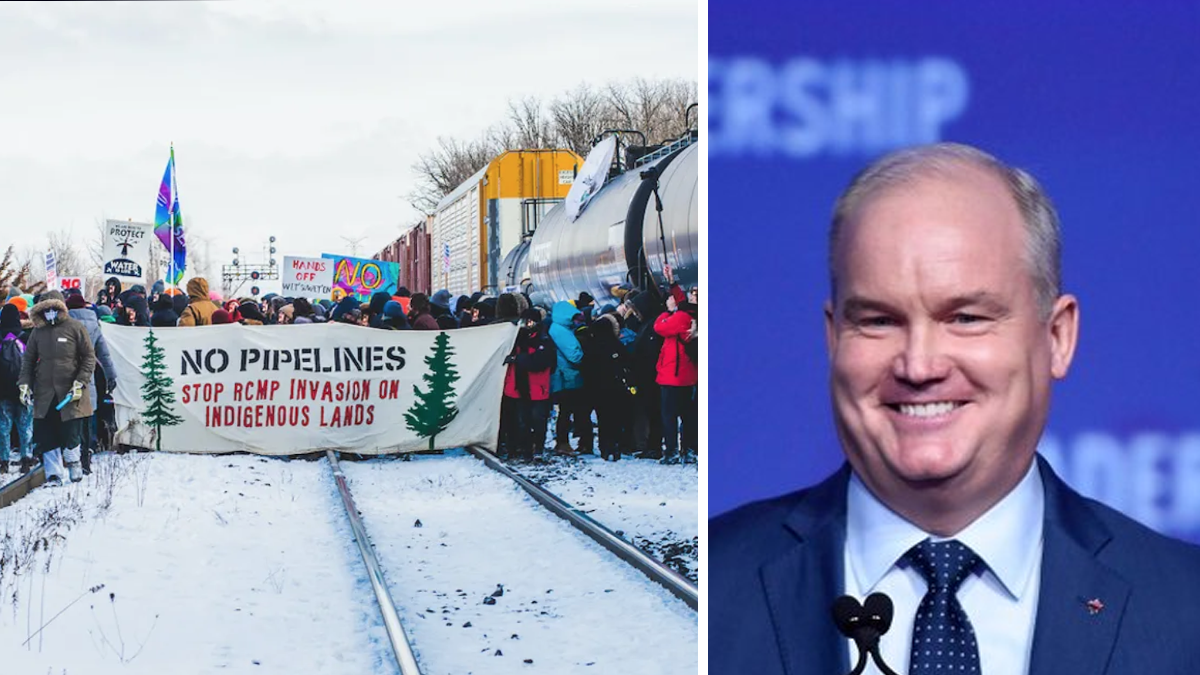 Conservative leadership candidate Erin O’Toole released a statement saying he would criminalize blockades on critical infrastructure and give the police powers to clear them without a court injunction if he was prime minister.

“The Liberals are the party that began the Shut Down Canada culture by cancelling pipelines, banning tankers and bringing forward Bill C-69 over the objections of a majority of provinces,” said O’Toole.

“The illegal blockaders took their cues from the Trudeau Liberals.”

According to the National Post, O’Toole would introduce legislation that would designate certain ports, railways, highways and bridges as “Critical National Infrastructure.” The new law would mean that any attempt to block said infrastructure would be a criminal offence.

The law would also include giving the police the power to intervene in blockades on critical national infrastructure.

“Organizations should not have to wait for the courts and then see them ignored or have to endure more intimidation and loss before an injunction is enforced in order to simply continue operating legally,” said O’Toole.

The statement also referenced changes to the tax code which would strip groups that receive foreign funds and engage in blockades of charitable status.

O’Toole’s plan comes as rival leadership candidate Peter MacKay flip-flopped on his support for counter-protesters who took down a blockade in Edmonton.

MacKay took down a tweet last night in which he said he was “glad” to see the blockade taken down. He has since retracted his position telling supporters he was in fact “sad” about the situation.

“In Edmonton a few frustrated citizens cleared away debris from a railroad. We all share in the frustration. And a mistake was made it how the reaction was that worded,” wrote MacKay in a fundraising email.

“I’m not glad.I’m sad. I’m sad because our Prime Minister has left Canadians feeling like the law, the police, and the government aren’t on their side.”