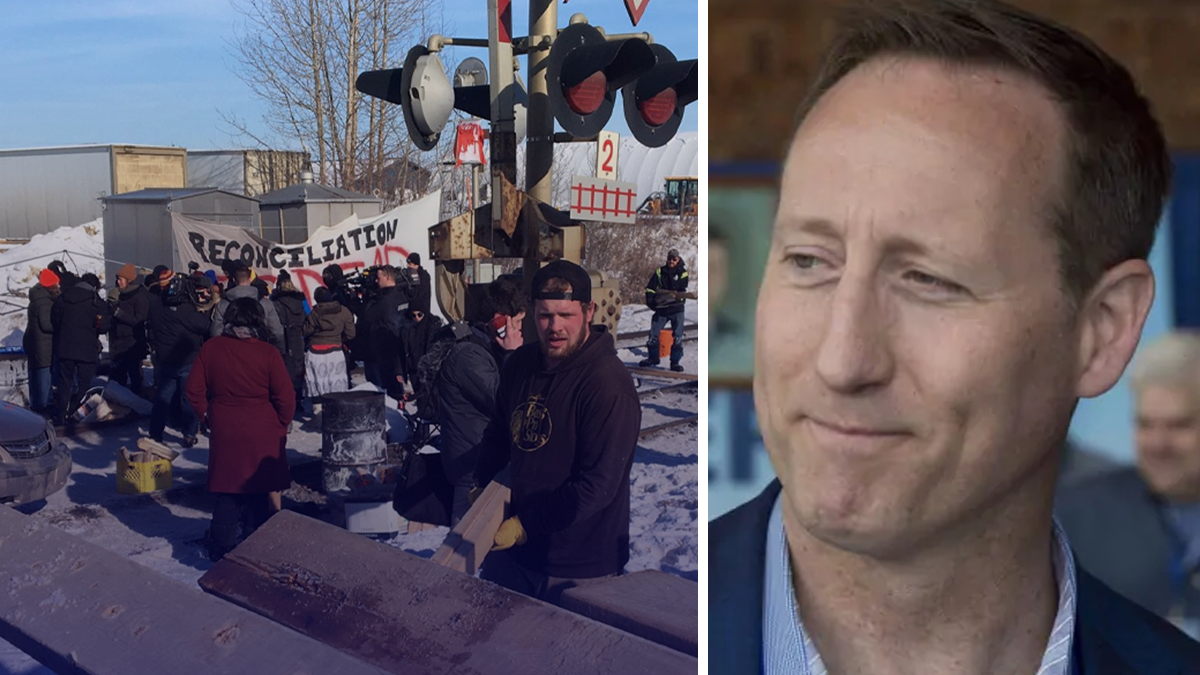 Conservative leadership candidate Peter MacKay has deleted a tweet in which he expressed support for counter-protesters who dismantled a railway blockade.

“Glad to see a couple Albertans with a pickup can do more for our economy in an afternoon than Justin Trudeau could do in four years,” MacKay had tweeted.

The tweet came in response to an Edmonton blockade taken down by a group of private citizens less than 12 hours after it was erected in the early hours of Wednesday morning. The protesters scattered shortly after.

The original tweet was deleted after some people, including CTV host Evan Solomon criticized him for supporting “vigilantism.”

His tweet was replaced by a series of tweets clarifying his stance on the removal of the blockade. MacKay tagged several reporters in the follow-up tweets.

“I see this as an act of good citizenship. The peaceful removal of debris deliberately placed on a railway that posed a threat to public safety. Clearing the track and preventing harm,” MacKay said.

This is the second time in less than a month that MacKay backtracked from something posted on Twitter.

Earlier in February MacKay blamed his team for a tweet from his account criticizing Prime Minister Justin Trudeau for expensing $876.95 for yoga.

“I am not happy at the way that was put up on my site. And I voiced that to my team,” MacKay said.

MacKay sent out a fundraising email to supporters apologizing for the comments saying he wasn’t glad about the blockade removal.

“We could all see it coming after more than 2 weeks of blockades. In Edmonton, a few frustrated citizens cleared away debris from a railroad. We all share in the frustration. And a mistake was made it how the reaction was that worded,” wrote MacKay.

“But to be truthful, I’m not glad.I’m sad.I’m sad because our Prime Minister has left Canadians feeling like the law, the police, and the government aren’t on their side.”

Blockades by anti-pipeline protesters across Canada have stopped rail traffic nationwide, putting people out of work and creating shortages in goods such as propane.

On Thursday leadership candidate Erin O’Toole said as prime minister he would make it a criminal offence to blockade railways, ports, and bridges for any reason.

“Peacefully protesting is a key type of speech that our government must protect,” O’Toole said in a statement.

“Intimidation and physically preventing people from going about their lives is different. It is a form of common law assault and should, in the appropriate situations, be treated as such.