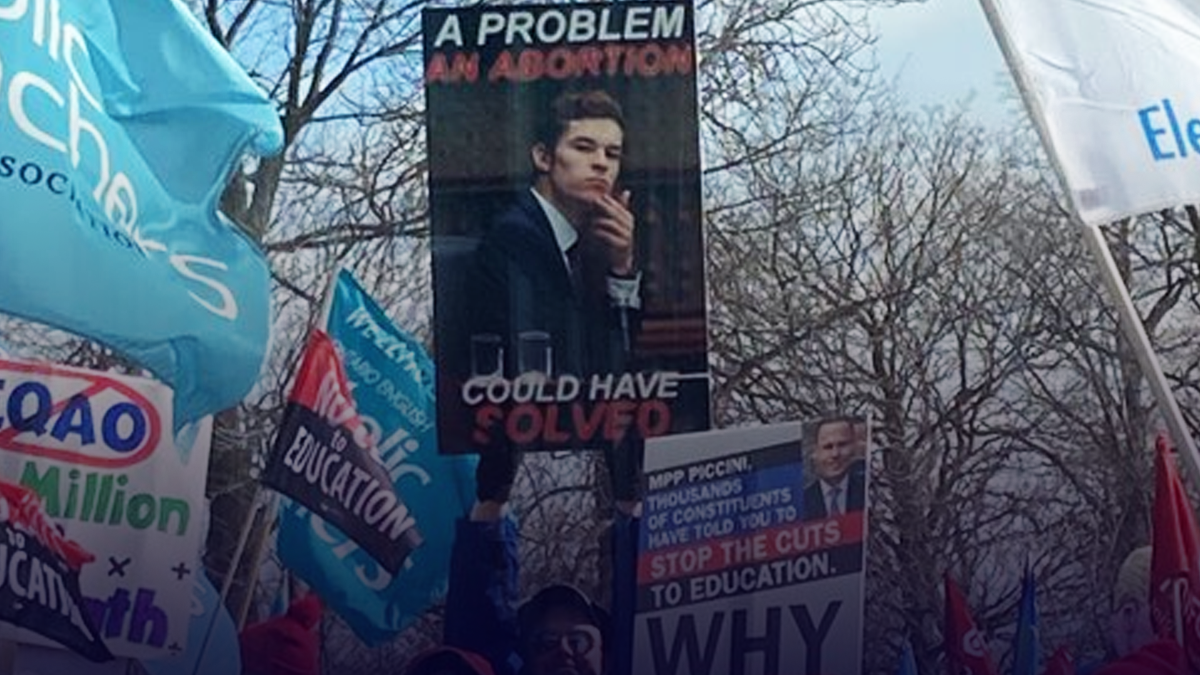 As first reported by Brian Lilley, a sign was spotted at the teachers’ protest at the Ontario PC Policy Conference which consisted of a picture of Ontario PC MPP Sam Oosterhoff and the phrase “a problem an abortion could have solved.”

Oosterhoff currently serves as Parliamentary Assistant to the Minister of Education and is known for his pro-life beliefs.

Within metres of the man holding the sign were protesters holding Catholic school flags.

This isn’t the first time protesters targeted the Niagara West MPP. In late January teachers protested outside of Oosterhoff’s constituency office in Beamsville.

Ontario teachers have been engaging in rotating strikes since mid-January after months of negotiations between the union and the government of Ontario failed to reach an agreement.

In January, Toronto and Peel school boards announced they will not be providing report cards this winter for students in grades one to eight, and some school boards have been forced to postpone Grade 9 standardized tests.

On Friday, the Ontario English Catholic Teachers Association announced they will end rotating strikes and enter into mediation with the government.