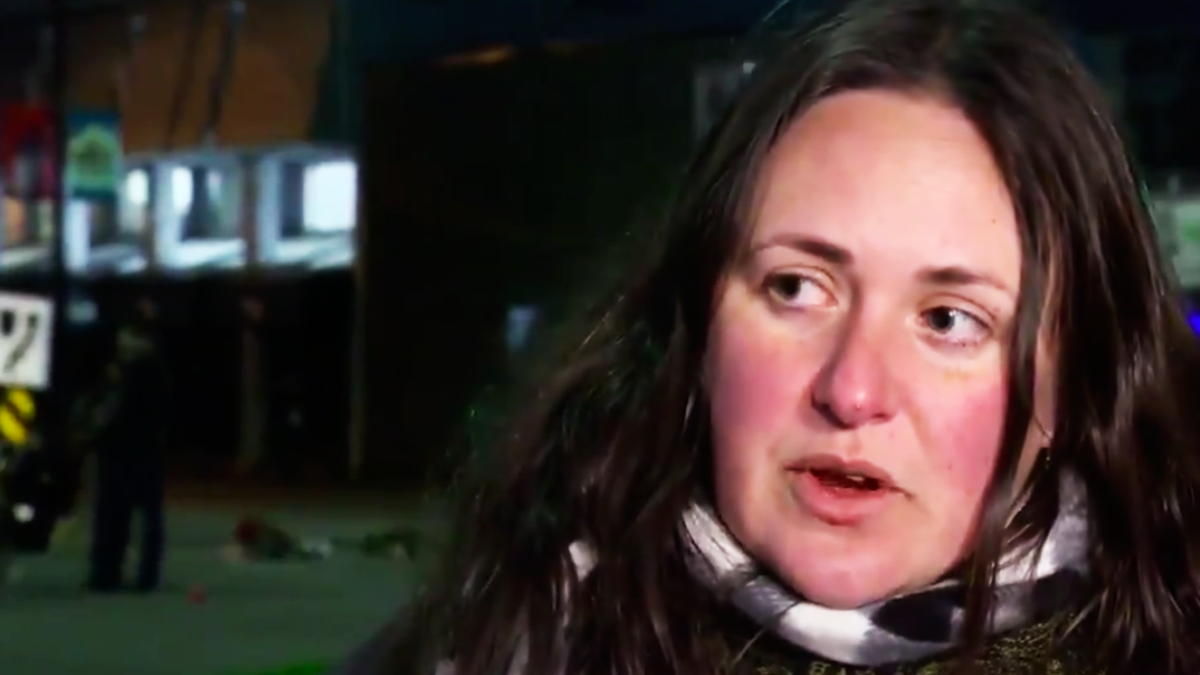 An “indigenous” protester organizing blockades in British Columbia was exposed as an American by Global News.

US-born Natalie Knight was a lead organizer in staging a blockade of BC Attorney General David Eby’s office on February 13.

“We are indigenous people, we have lived on this land for a very long time,” Knight proclaimed.

But a few weeks later at another blockade, Knight told reporters that she was not, in fact, a member of any Canadian First Nation, and had only resided in Canada for 8 years.

Knight claims to have come to Canada to attend school, and since graduated with a PhD from Simon Fraser University’s Faculty of Arts and Social Sciences. Her dissertation was titled “Dispossessed Indigeneity: Literary Excavations of Internalized Colonialism,” and touched on the fields of “Marxism, feminism, settler colonialism, and critical Indigenous studies.”

When asked whether she was a Canadian citizen, Knight refused to respond.

“I don’t think I need to share my status with you,” said Knight.

Knight is not the only American involved in the ongoing illegal blockades that have crippled the Canadian economy.

As exclusively reported on by True North, the American organization Stand.earth has been advertising to hire a full-time “Senior Oil & Gas Campaigner” to disrupt the BC LNG pipeline project.

The San Francisco-based company will be paying a professional activist between $70,000 and $85,000 to work in Canada.

“Stand.earth is seeking a passionate and experienced campaigner to develop and implement strategies to raise awareness and build power to stop the expansion of the oil and gas sector,” reads the job advertisement.

In the coming months, we will expand the scope of our work to include working to stop the growth of fracking and LNG in British Columbia.”