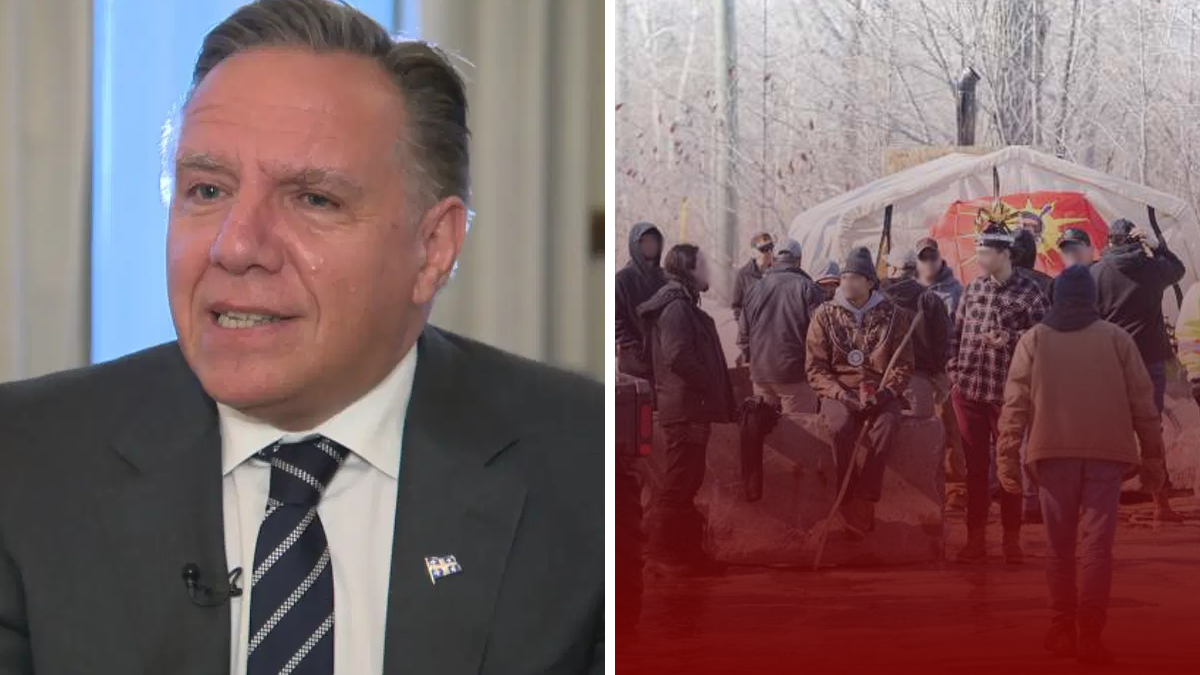 Premier François Legault announced on Wednesday he has information leading him to believe there are dangerous firearms present at the illegal Mohawk Kahnawake blockade.

“We have information that confirms there are weapons, AK-47s to name them,” said Legault.

“The SQ [Sûreté du Québec] is working on a plan to dismantle the blockade. They are speaking to the Peacekeepers. But there are people who are armed. It’s very delicate.”

Protesters continue to occupy the rail site even after a court-ordered injunction was issued to dismantle the barricade.

Legault claimed that provincial police have yet to take action in dispersing the illegal blockade due to the threat posed by the weapons. However, local First Nations authorities form the Kahnawake Longhouse strongly denied the claims, calling them “dangerous.”

“The Longhouse is extremely concerned by the dangerous and inflammatory comments made by Quebec Premier François Legault who stated that he has information that the Kahnawake land defenders are armed with AK-47s,” said a statement by the Mohawk protester spokesperson Kenneth Deer.

“These accusations are absolutely and totally false. The land defenders at the site are unarmed and peaceful. There are no firearms.”

Indigenous Services Minister Marc Miller joined in on the voices condemning Legault’s comments, suggesting that he be more “judicious” regarding the volatile situation.

“In Kahnawake, I haven’t heard a word on any weapons and my understanding from any leadership inside the community is there are no weapons. I have no reason not to believe them,” Miller told the Montreal Gazette.

As exclusively reported on by True North, far-left extremists have been providing instructions for activists involved in the anti-pipeline protests to derail and disrupt national rail infrastructure.

The websites provided detailed information on how to create the highly flammable chemical thermite and methods to destroy traffic signal boxes.

On Monday, Ontario Provincial Police arrested 10 people after dismantling a prior camp in Belleville in relation to the protests.