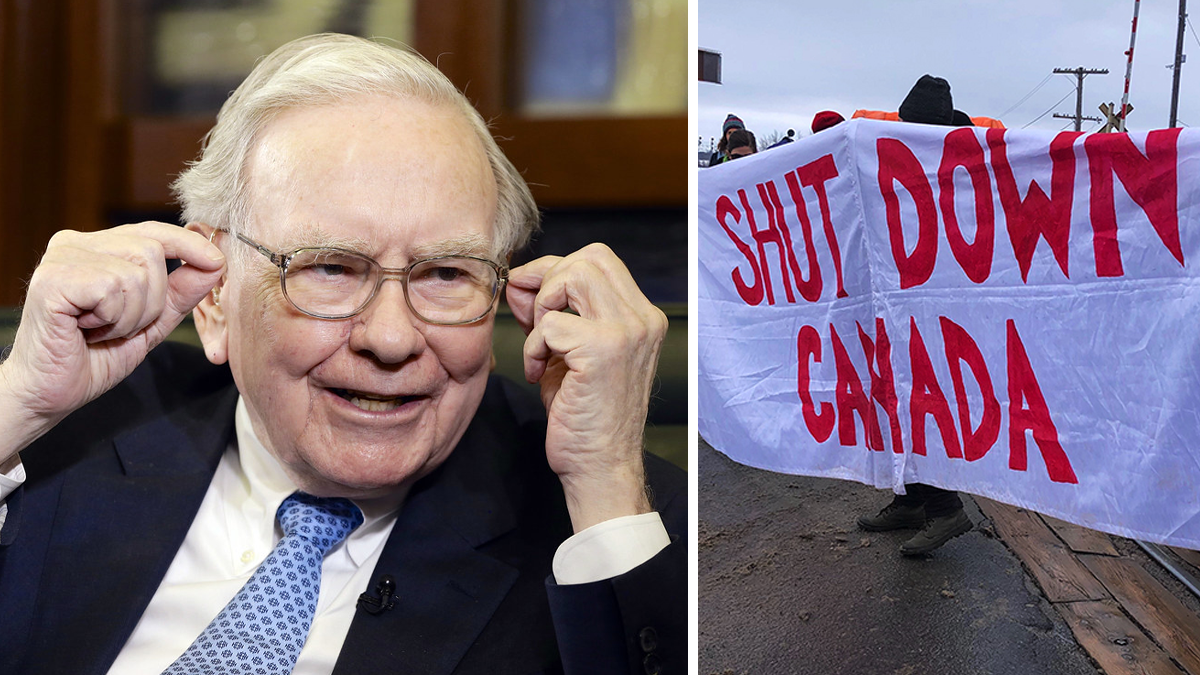 The company owned by multi-billionaire Warren Buffett has decided to cancel a multi-billion dollar investment planned for a liquefied natural gas (LNG) plant in Saguenay, Que.

Berkshire Hathaway had planned to invest $4 billion out of the $9.5 billion needed to build the marine terminal, which would enable the export of LNG to overseas markets.

The company behind the project, GNL Québec, said investors are getting cold feet because of Canada’s ongoing rail blockades and anti-pipeline protests

Spokesperson Stéphanie Fortin confirmed only that an undisclosed investor withdrew its bid due to “instability” attributed to “the current Canadian political context.”

Fortin said the project will proceed without job losses, though the news was still less than welcome to local politicians.

“It’s concerning when we talk about an investor putting in $4 billion of $9 billion. It’s clear that Mr. Buffett has good reasons. We’re seeing the rail crisis — that’s surely one of the reasons,” said Saguenay deputy mayor Michel Potvin.

The plant would include a 782-kilometre pipeline to transport natural gas sourced in western Canada to Quebec.

Berkshire Hathaway is not the first company to have second thoughts about Canadian energy development.

In February, Teck Resources Ltd. withdrew its application for approval of a $20.6 billion oil sands mine in Alberta for similar reasons.

The project was expected to produce $70 billion in tax revenue for the federal government and employ 7,000 in its construction phase, as well as 2,500 to keep the mine in operation.

According to Teck CEO and President Don Lindsay, the reason for its withdrawal was due to Canada’s ongoing resource development and climate change debate.

Lindsay said that the debate placed his company “squarely at the nexus of much broader issues that need to be resolved.”