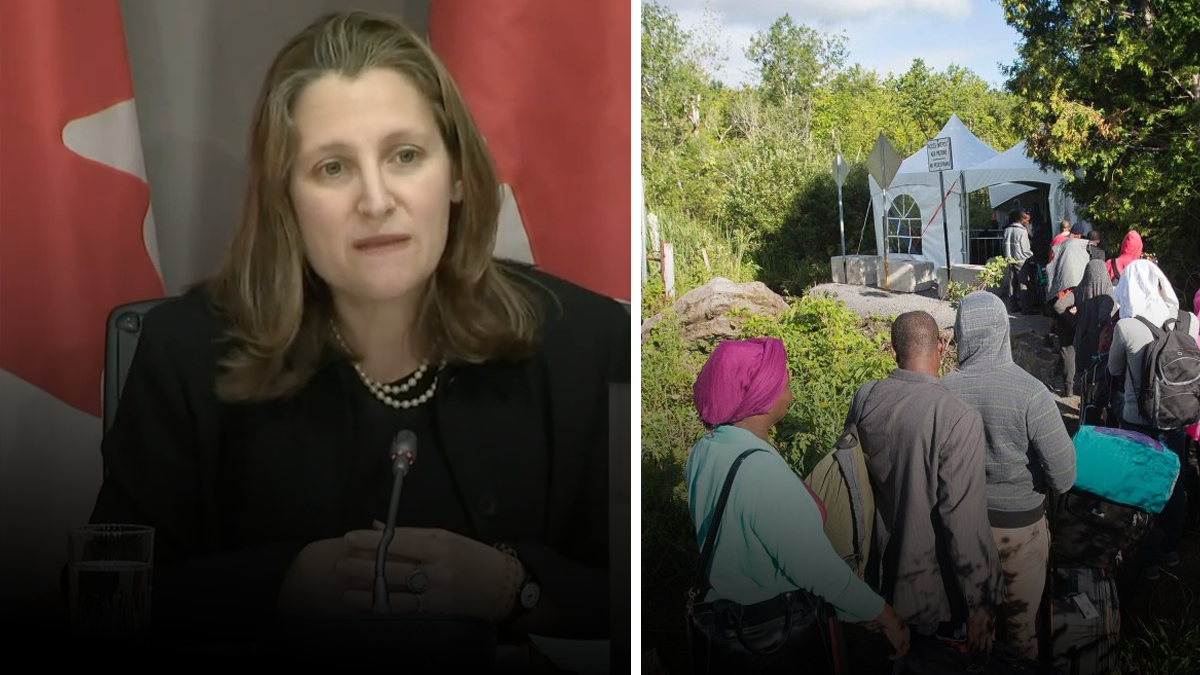 The federal government has yet to find a place to quarantine illegal border crossers despite assurances from Public Safety Minister Bill Blair that they would be screened for COVID-19 and held in isolation.

Deputy Prime Minister Chrystia Freeland told reporters on Wednesday that starting tomorrow, Canada’s Immigration Minister Marco Mendicino will begin searching for a location to quarantine the asylum claimants for a period of 14 days.

“We have decided and specifically Minister Mendocino has taken on the responsibility beginning tomorrow of finding places where the irregular border crossers who cross the border at Roxham Rd. and who like everyone else who comes into Canada need to self-isolate for 14 days, we are going to provide a place where that can happen,” said Freeland.

“The measures that are currently in place is that those individuals are immediately taken into custody by the RCMP, they are screened thoroughly by our border officers. This process takes about 24 hours and they are now also being screened for any evidence of symptoms and question about where they have been,” said Blair on Tuesday.

This week, Prime Minister Justin Trudeau announced travel restrictions that would prohibit non-citizens from entering the country, with the exception of US citizens and relatives of Canadians or permanent residents.

In mutual agreement with the US, Canada shut its southern border to non-essential travel, although the government announced that it would permit illegal crossings to continue.

According to Customs and Immigration Union president Jean-Pierre Fortin, the asylum claimants were not being subjected to the mandatory quarantine procedures announced by the government as of Wednesday.

It remains unclear where the illegal border crossers have been held since the government announced the new measures.

As reported exclusively by True North, Canadians were only informed that the border would remain open to the asylum claimants after the RCMP notified a pro-asylum activist group about the decision.