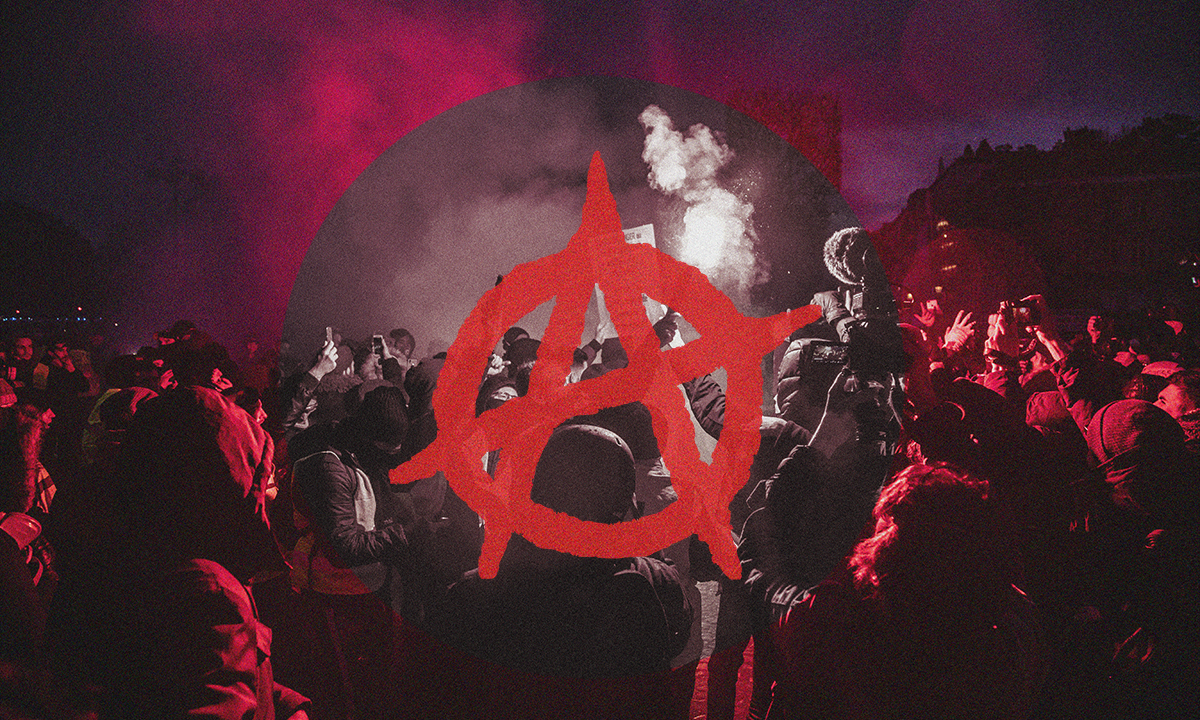 A Montreal-based Antifa website has issued calls for further violence against police and more looting of Canadian businesses “because everyone should have nice things.”

Montreal Counter-Information has a longstanding history of instructing anarchists on violent tactics and sabotage. The website serves as a communications base where various groups and users share information and communiques within Montreal’s Antifa community.

In one anonymous submission published on Tuesday titled “Bring the Uprising Home”, the article calls for anarchists to replicate the violent US riots within Canadian cities.

Over the period of several days, many US cities erupted in violent protests after Minneapolis local George Floyd died while in police custody.

In the piece, the author gloats about the success of looting local businesses and goes on to call for further violence against police.

“It’s legitimate to attack the police, an institution designed and dedicated to violently suppressing Black people’s freedom, enforcing the theft of native land, and defending those who get rich by exploiting us,” writes the anonymous author.

“It’s legitimate to loot stores, because everyone should have nice things, and a world that values commercial property over Black lives continues to put people like George Floyd and Regis Korchinski-Paquet in grave danger of premature death.”

True North reached out to the Service de police de la Ville de Montréal (SPVM) for comment on whether the website was under investigation but had not heard back by the time of publication.

Violent anarchists clashed with SPVM forces over the weekend when instigators used the mostly peaceful protest as an opportunity to loot stores and attack police.

The anonymous user also goes onto complain about peaceful protesters and those who film the looting and violence.

“To resist this trend, we want to remind everyone present to intervene directly if you see people filming during riots; tell them to stop and if necessary make them stop. And to the brave people breaking glass and starting fires, remind one another to keep your faces covered,” claims the article.

This is not the first time that Montreal Counter-Information and other related anarchist websites like North Shore Counter-Info have posted calls to violence and property damage.

While Canada was under lockdown and shortly after Canada’s deadliest mass shooting which resulted in several deaths, including one RCMP officer, Montreal Counter-Information shared a post calling for readers to assault police officers and prison guards.

“Now that the cages are chock full and that people slowly die behind bars, what could happen if the guards’ cars would unfortunately meet with a screwdriver/hammer/firestarter? If the people who lock up and stand guard, already under constant pressure, were hit and beaten while going back home? asked another anonymous submission to Montreal Counter-Information.

Antifa and other related violent anarchist groups continue to pose a threat to peaceful and civil society.

According to the Canadian Security Intelligence Service’s 2019 public report “Anarchist violence” was listed under the category of “ideologically motivated violent extremism” alongside ethno-nationalist violence and violent incel misogyny.

US President Donald Trump recently announced that Antifa would be designated as a terrorist organization.